Gesture of solidarity: Yeap (in red mask) gazing at herself in the mirror as her long hair, which she had kept for more than a year, is cut for a good cause at a salon along Karpal Singh Drive in Penang.

GEORGE TOWN: A cancer patient undergoing chemotherapy not only has to suffer health side effects, but also hair loss.

To show her support for patients fighting cancer, arts and craft teacher Yeap Poh Looi, 43, turned up at a salon in Karpal Singh Drive to donate her locks.

Yeap said it was her third time chopping off her locks for charity.

“After I got to know about the event, I decided to sign up for it. Although this is the third time I am doing so, I was still very excited about it.

“I have had long hair for more than a year and this time, I had cut 30cm of it cut.

“Several of my friends were diagnosed with cancer, and I know what it feels like to lose your hair.

“By cutting my own hair, I am standing in solidarity with them, showing my support, ” she said.

Yeap was among 18 people who turned up at a fundraising event to throw their support behind the cause.

Businessman Poh Ow Sen, 33, said it was the first time he had shaved his hair for charity.

“I had cut my hair short before but this is the first time I have gone bald for a good purpose.

“I have friends who are diagnosed with cancer and I would like to do my part in supporting them.

“My head feels so light and cool now, ” he quipped.

Sungai Pinang assemblyman Lim Siew Khim said she wanted to show how privileged she was to be part of the fundraising event by having her own hair cut.

“I am thankful that Jelutong MP RSN Rayer, my service centre teammates and community supporters from my constituency took part in the event, ” Lim said.

“We hope that our small act of cutting our hair will leave imprints in the hearts of many generous donors to come forward and donate towards the Penang Adventist Hospital (PAH) Cancer Fund.

“PAH, in conjunction with World Cancer Day which falls on Feb 4 every year, organised this event called iCUT For Charity in aid of their cancer fund, ” she said.

“iCUT For Charity is a four-week fundraising event, which will see participants trimming or cutting their hair for a good cause.

“For every inch of hair cut, the hospital will solicit donors to give RM250 towards PAH Cancer Fund.

“I appeal to the public to donate to iCUT For Charity.

“Your kind deed will give hope to needy cancer patients who will receive free or subsidised cancer treatments and encourage participants to make an effort to cut their hair for funding, ” she added.

Lim had cut over 7cm of her hair while Rayer cut 5cm of his during the event. 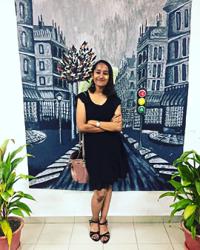 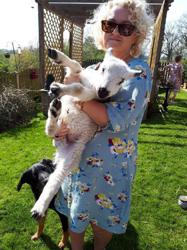