Increased fine not for all

JELI: The enforcement of RM10,000 compounds, effective March 11, will only be imposed on individuals who breach the movement control order repeatedly, as well as those who can trigger the spread of Covid-19, says Inspector-General of Police Tan Sri Abdul Hamid Bador.

“We admit that many people misunderstand (the move) and worry about the compound amount of up to RM10,000. It is not for all offences, including failing to wear face masks.

“It is for certain offences, namely for those who are stubbornly committing the offences repeatedly as well as those who violate the SOP, including interstate travel, causing the spread of Covid-19, ” he told reporters after visiting the construction site of the new Jeli district police headquarters here yesterday.

Abdul Hamid said the individual issued with a RM10,000 compound, however, could appeal to the Health Ministry (MOH) for a reduction.

“Probably, from a compound of RM10,000, they will only need to pay RM200 after the appeal, depending on the reasons given, ” he said, adding that the police were only involved in enforcing SOP compliance by issuing compounds but would not accept compound payments.

Abdul Hamid said the police would recommend to MOH to impose the RM10,000 compound on entertainment premises that operate without a licence.

Noting that a distinction must be made between first and repeat offenders, he called on the relevant authority to devise and implement a fairer system of penalty.

“A three-tiered system will ensure that the casual offender will not be placed in the same category as the habitual, persistent and recalcitrant offender, ” he said.

Lee described the fine from RM1,000 to RM10,000 as “hefty and excessive”, even if SOP violations had increased sharply.

“Since the instances of not following SOP have increased drastically over the past year, it makes sense to increase the fine of RM1,000 which is stipulated under the Prevention and Control of Infectious Diseases Act 1988, ” he said.

He pointed out that some of the offences were committed not as an act of defiance but because of sheer carelessness or forgetfulness.

“In cases like these, some flexibility should be exercised by law enforcers so as not to unfairly burden the public, ” he said.

However, Lee said the law enforcers must not hesitate to take action against those who openly flout the SOP.

Parti Pribumi Bersatu Malaysia’s Youth wing (Armada), too, called on the authorities to impose “reasonable fines” based on the severity of the SOP violations.

Bersatu Armada’s legal bureau chief Mohamad Siddiq Azani noted that under the amendment which raised the fine, there was no fixed amount imposed but that it should not exceed RM10,000.

“Thus, Armada is urging the authorities to impose a reasonable amount based on the suitability of the situation to ensure compliance with the SOP, ” he said.

He also urged those who could not afford to pay the fine to appeal to the court.

Those who need further advice on the matter could contact Armada’s legal bureau at Facebook Armada Bersatu Malaysia. 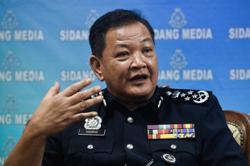