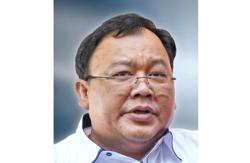 Masks off for photo op: Groom Kwan Keng Lek (left) and bride Beh Jia Wei (partly hidden) playfully handing out a flower bouquet to a relative so that she can get married soon after the mass wedding registration held in conjunction with Chap Goh Meh at Ipoh Chin Woo Athletic Association hall. — RONNIE CHIN/The Star

IPOH: A total of 13 couples exchanged their vows during a mass wedding registration ceremony at the Ipoh Chin Woo Athletic Association hall here.

“Some of the couples were supposed to get married on Valentine’s Day on Feb 14. However, at that time, mass wedding ceremonies were not allowed due to the movement control order, ” he said.

“Under the conditional MCO, the ceremonies were allowed once again and couples got to marry on this special date, ” he said.

The association has held numerous mass wedding registration ceremonies that coincide with special dates at its premises.

Ooi said to comply with the strict SOP, the ceremony was held over three sessions.

“The first and second sessions had four pairs each while the third session had five pairs. Only the grooms and brides were allowed to be in the hall and we had one photographer to take pictures, ” he said.

“All the couples, including their kin, observed the SOP and wore face masks at all times. Even though they wore masks, we could still see how happy they were, ” he added. 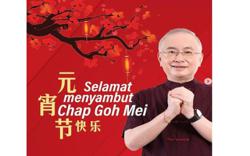 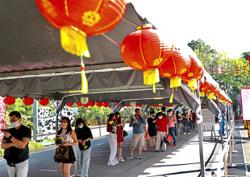