KUALA LUMPUR (Bernama): The stability of the institution of the family plays a vital role in shaping individuals who will steer the rise of civilisation, says Raja Permaisuri Agong, Tunku Hajah Azizah Aminah Maimunah Iskandariah (pic).

Tunku Azizah said the family unit plays a fundamental role in determining the present and the future of any nation.

"Material excellence is not the catalyst for the rise and fall of civilisations. It is the corrupted soul who misappropriates the usage of material that causes the collapse of a civilisation into oblivion.

"World history itself is witness to the fall of civilisations due to the corruption of people. For this reason, the stability of the family institution is a necessity in the current era, ” she said in her speech at the Doha International Family Institute (DIFI) Virtual Conference 2021 entitled Marriage: Formation and Constituents of Stability, Tuesday (Feb 23) night.

The conference aims to draw an integrated picture of the marriage phenomenon in the world, with a particular focus on the Arab region.

In her speech, Tunku Azizah said an unstable family would cause child delinquency and psychological disorders in children, and if not curbed would flood the community with individuals who would drag civilisations to fall.

"I would like to stress here that while we all recognise this, often in the rigours and vigours of our daily lives, we neglect to pay enough attention to this critical issue, from which most of our lives originate and grow, ” she said.

The Queen also called for a mental revolution by everyone - irrespective of gender, class, colour or belief - in order to overcome the challenges faced by the family unit.

She pointed out that it was only through this revolution that the family unit could be cherished, preserved and be seen as a shared responsibility.

"I would like to remind ourselves how society has altered so much that we need to have a fundamental change in our mindset. Without this mental revolution, I dare say, we may not be able to easily overcome the challenges faced by the family unit.

"So let us all put aside our pride and egos and move forward as one unit from which wider society will grow and prosper, ” she said.

Tunku Azizah also said that societies must take it upon themselves to help strengthen the family institution through either state or non-state organisations and programmes.

"Families need to be resilient and this stems from not only the elements of economy and health but also the family’s ability to recover from any crisis that it faces. As it is often lamented - no family is without its problems, ” she said.

DIFI is a global policy and advocacy institute working to advance knowledge on Arab families and promote evidence-based policies.

It was established by the chairman of the Qatar Foundation for Education, Science and Community Development, Her Highness Sheikha Moza Bint Nasser in 2006 and is an integral part of the foundation’s efforts to foster healthy, educated societies underpinned by strong cohesive families in Qatar and the region. - Bernama 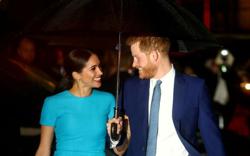