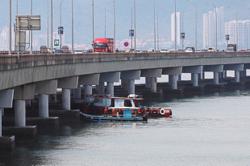 GEORGE TOWN: Traffic congestion was reported on the Penang Bridge following a fire caused by cables and a road accident.

According to a Malaysian Highway Authority Twitter post, traffic was building up on the bridge in both directions heading to the mainland as there was a fire at KM3.3 from the island.

In a tweet at 5.05pm on Monday (Feb 22), it said the right lane of the bridge was blocked due to TNB power cables underneath the bridge catching fire

A road accident was also reported in the middle lane from the Penang Bridge heading to Prai.

“Our personnel and the Penang Bridge emergency response team rushed to the scene upon being alerted.

“Investigations are being carried out and our firemen are still in the midst of putting out the fire.

"So far, there are no victims, ” the Penang Fire and Rescue Department said. 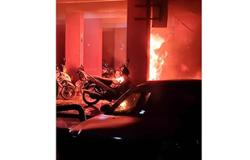