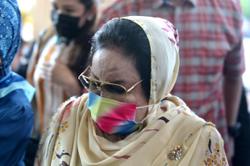 KUALA LUMPUR: The High Court has ruled that a controversial audio recording, said to be a conversation between Datin Seri Rosmah Mansor and her husband Datuk Seri Najib Razak, can be used as evidence in her solar project corruption trial.Justice Mohamed Zaini Mazlan made the ruling on the admissibility of the recording just before ordering Rosmah, 70, to enter her defence in the trial involving a solar hybrid project worth RM1.25bil in Sarawak.

This is his second ruling on the matter as he had initially dismissed the prosecution’s application to use the clip as evidence on Dec 11 last year.

The recording, which was first released by the Malaysian Anti-Corruption Commission (MACC), had been infamously dubbed the “Can I advise you something?” audio clip.

It was played by the prosecution in the trial when former education minister Datuk Seri Mahdzir Khalid took the stand.

Justice Zaini said the prosecution, in its submission, had urged the court to revisit its application and to review the court’s earlier ruling.“The defence, in objecting to the application, contended that the court was functus officio in having made its ruling and that the issue was res judicata, in that a decision made could not be revisited, ” he said yesterday.

The judge was of the opinion that a court could only be deemed functus officio (of no further official authority or legal effect) once it had officially completed the trial.

“As it stands now, the trial has not been concluded. The court is still in session.

“My ruling on the admissibility of these two items was merely a ruling, as it was made during the course of the trial, ” said Justice Zaini.

The court then allowed the audio recording and its transcription to be admitted as evidence.

“I must however add that the weight to be attached to them is a different consideration altogether, ” the judge said.

The 10-second recording was played by the prosecution with the aim of getting its fifth witness, Mahdzir, to identify the voices in the conversation. 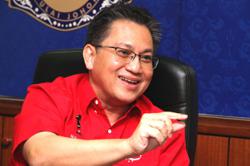 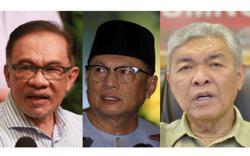