DAP Youth vice-chief Jenny Choy (pic) said the Women, Family and Community Development Minister’s wealth was dubious based on the asset declaration made to the Malaysian Anti-Corruption Commission (MACC) that was published for public view.

“It was reported that the minister has settled her debts to a Paris-based film company. She was earlier served with a bankruptcy notice for debts amounting to RM1,340,642.02.

“She should explain how she managed to accumulate sufficient wealth and funds to pay off the huge debt in a short period of 15 months as the (MACC’s) asset declaration data shows that her assets stood at RM72,000 when the same was made public on Nov 20,2019, with an income of RM34,004.48 a month, ” she said on Wednesday (Feb 17).

If Rina’s income remained unchanged since 2019, Choy said it would take 40 months for Rina to accumulate the funds to settle the debts in the bankruptcy notice, on the assumption that she did not spend a single sen on anything else.

Choy also questioned if Rina had made a false declaration of her assets in 2019.

“Being a Cabinet minister and public servant, Rina owes the people an explanation, ” added Choy, who is also Canning assemblyman.

However, he did not disclose the amount or terms of the settlement, confirming that a cheque was received on Feb 10 and cleared the following day.

Sarl Novovision had filed the suit against Rina on Nov 8,2018, demanding that the full amount be paid by July 31,2019.

It was reported that Rina – through her now-defunct companies Eurofine (M) Sdn Bhd, Fine Mobile Network Sdn Bhd and Fine TV Network Sdn Bhd – had purchased several comedy shows and documentaries worth millions of ringgit from the Paris-based production company between 2011 and 2013.

In April last year, a consent judgment was entered between both parties after Rina failed to settle the disputed amount.

The France-based company had also served a bankruptcy notice on her.

During a judgement debtor summons hearing in Kuala Lumpur on Sept 9 last year, which Rina did not attend, her lawyer Hussin Mohd Razak said his client would settle the amount due soon.

He said she had issued several cheques to the company towards the settlement and would discuss the amount agreed to by the company soon.

Under a clause in the application of the summons, the amount claimed is not to be disclosed to the public. 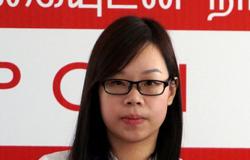