Prices of laptops and IT gadgets have gone up, consumers say 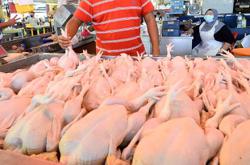 PETALING JAYA: As students have to follow their lessons online because of the movement control order, there are concerns that traders are taking advantage of the situation to hike up prices of laptops and printer ink cartridges as demand for such items increased from last month.

Rosol also said while gadgets and IT hardware are not considered controlled items and not subject to price controls, traders will still face penalties under the Price Control and Anti-Profiteering Act (PCAPA) 2011 if they are found to be profiteering.

He said the ministry’s officers had gone to the ground to monitor the prices of electronic and communication equipment such as computers, laptops, printers, tablets

and smartphones under Ops Catut 8.0 (Electronic Appliances – Communications) from Jan 25 to Feb 8.

Rosol said out of the 343 traders checked, 341 were issued notices and instructed to reveal cost and selling prices to detect elements of profiteering.

“We are gathering their feedback and will analyse whether traders have been illegally raising prices or profiteering, ” he said.

Profiteering is an offence under Section 14 of the PCAPA 2011 and corporate entities could face a fine of up to RM500,000 for the first offence.

If the offence is repeated, they could face a fine of up to RM1mil.

If the offence was committed by a non-corporate entity, they could face fines up to RM100,00 or a jail term of up to three years or both.

If it is a repeated offence, the fine is increased to up to RM250,000 and a jail term of up to five years or both. Rosol was commenting on recent reports of IT gadgets prices going up by up to 70% at stores.

Federation of Malaysian Consumers Associations secretary-general Datuk Paul Selvaraj said the price of laptops have become a “major concern” based on feedback from consumers.

“When the prices of certain items go up and consumers are affected, the government can intervene through price control measures under the Anti-Profiteering Act or Anti-Competition Act, ” he said.

He added a study can be conducted to determine if the price hike was genuine or due to other factors.

“If the prices are going up, then find out why and if it’s due to sellers trying to seek higher profit, the government must put a stop to this, ” he said.

Stocks run out in most stores as gadgets sell fast