‘It was toe the line or quit’ KUALA LUMPUR: It was a culture in troubled sovereign state fund 1Malaysia Development Bhd (1MDB) for people to quit the company if they do not follow orders, the High Court heard.

This came from prosecution witness Mohd Hazem Abd Rahman, who was 1MDB’s CEO circa 2013.

Hazem was questioned on his witness’ statement where he said he did not dare to be truthful about 1MDB’s acquisition plans because he feared his career would be jeopardised if he did not support Datuk Seri Najib Razak, who was the prime minister at the time.

In his statement, Hazem spoke of an email thread with instructions from fugitive businessman Low Taek Jho, better known as Jho Low, in relation to the acquisition of Genting Sanyen and Tanjong Energy power plants by 1MDB.

In that email thread, he and other colleagues were ordered to add on to Low’s answers to the acquisition controversy, raised by the opposition, to make it more convincing. In the dock: Najib seen at the Jalan Duta court complex as his 1MDB trial resumes in Kuala Lumpur. — RAJA FAISAL HISHAN/The Star

“Whatever personal view you have, the acquisition (plan) is rather expensive. Those were all the questions that were highlighted by the public, particularly the opposition that time.

“You have to follow, you have to give responses that would be acceptable to the public and not the reality of it, ” the witness said during cross-examination by lawyer Wan Aizuddin Wan Mohammed yesterday.

Hazem said he did not go against the instructions in the email because “Jho Low ran the company”.

Wan Aizuddin: So you didn’t want to offend Jho Low?

Hazem: Not that I didn’t want to offend but if I was opposing, that would be jeopardising my career.

The witness said he would normally raise his frustrations about the company to Low in their Blackberry Messenger chats.

One of the frustrations that were raised was the high cost, in the proposal, of acuiring a YTL power plant.

“I think the amount that was thrown, in my opinion, was very expensive and I said this could put 1MDB in bad light again, ” he said.

Wan Aizuddin: When was this?

Wan Aizuddin: Am I right to say in spite of all this, you were still promoted to CEO?

Wan Aizuddin: So there was no danger to your career in 1MDB.

Hazem: I think I’m highlighting the frustration but despite that, you need to follow the instructions (from Low). This was the culture – of course no one said it, but if you work in any company, if you’re not happy with the boss, you quit.

Wan Aizuddin: You don’t have to follow Jho Low’s instructions carte blanche, you can voice your concerns.

Hazem: As CEO if you don’t do what is asked, you leave.

Wan Aizuddin: But you are the CEO calling the shots, how can you take instructions? 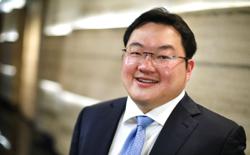