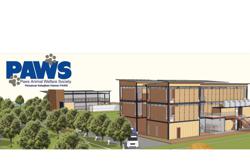 Help needed: Lim, feeding her cats, says she dipped into her EPF to help care for the strays.

GEORGE TOWN: Local animal shelters are finding it hard to make ends meet after a drastic drop in donations due to the present movement control order.

Meowy Cat Shelter Penang founder Pauline Lim, 56, said it was hard to pay the cost for her three shelters in Balik Pulau, Butterworth and George Town.

“I need at least RM4,000 a month to pay for the shelters’ rental, and another RM4,000 for the food and the medical bills of the 200-odd cats, ” she said when contacted yesterday.

“I had to withdraw some money from my Employees’ Provident Fund recently so that I could feed my cats.”

Lim, a former project manager at a moulding company in Shah Alam, took early retirement about 10 years ago as she wanted to save stray animals in distress.

“My shelters are mainly for handicapped, injured and vulnerable cats and kittens. I believe that every life is precious and all strays should be given a second chance.

“My staff and I are able to provide them with the care and love they so deserve through public donations, ” she said, adding that she was also selling plants to raise funds.

Lim said she was lucky that the adoption of her rescue cats were still at a constant 20 a month even though the donations dropped.

“At least RM30,000 is needed to smoothly run the shelter housing some 600 dogs. With the MCO restrictions, our fund raising programmes have very much been curtailed.

“It would also be nice if the public could donate frozen chicken for the dogs as they like it very much.

“They also love visitors who will bathe and take them for walks, ” she said, adding that visitors were welcome to the shelter every Sunday from 2pm to 5pm.

“We were fortunate to receive a donation of more than RM2,000 recently and this will definitely come in handy, ” she said.

Fairservis, 66, is appealing to cat lovers to donate food to the shelter. 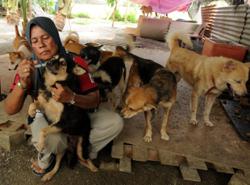 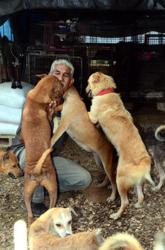