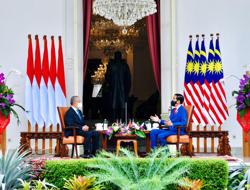 They believe the suspension of RGL from tomorrow would make it even more difficult for Malaysia to attract new foreign investments and keep hold of present investors.

Singapore is among the top five countries that have high investments within the Iskandar Malaysia area.

It recorded a total cumulative committed investment of RM316.09bil from various sectors as of December 2019 since its inception some 15 years ago.

Iskandar Malaysia Chamber of Commerce and Industry president Md Salikon Sarpin said the decision was not welcomed news, especially with the Chinese New Year celebrations just around the corner.

“We will be at the losing end as many businesses, especially those that depend on investments coming in from Singapore, would be affected.

“Our employment, productivity and income will surely take a direct hit due to the suspension, ” he said.

“Singapore’s economy also depends on us and both countries have been good business partners for years.

“So there must be joint efforts to help one another in cushioning the economic impact caused by the Covid-19 pandemic, ” he said.

Johor South SME adviser Teh Kee Sin said the suspension was not a surprise as Singapore had done it with Indonesia and Japan in December last year.

“With new Covid-19 cases in Malaysia surging on a daily basis, this worries Singapore as infected cases across the Causeway are mostly imported.

“Cross-border business activities, which can be done through RGL, will surely inconvenience those who need the arrangement to travel, ” he said.

Teh also said that many small and medium enterprises that were anticipating the reopening of borders might suffer another big setback.

He added that the inflow of FDI had dropped by 68%, which was the lowest among Asean countries.

“Foreign investors that are based in Singapore will rethink their decision following the suspension and may bring their investments to other countries within the region.

“The next three months will be important for the government to do whatever it can in curbing Covid-19 so that the RGL would be open again and bring back investors’ confidence, ” he added.

Johor Mentri Besar Datuk Hasni Mohammad is expected to hold a press conference today on the matter as well as other border issues.

Earlier, the Singapore government announced that it would be suspending the RGL for three months starting on Feb 1.

Other than Malaysia, the RGL with South Korea and Germany would also be suspended.

In a statement, the island republic’s Home Ministry said its government regularly reviewed its border measures to manage the risk of importation and onward local transmission of Covid-19 from travellers.

“Singapore will review the RGL arrangements at the end of the suspension period. Travellers who have already been approved to enter Singapore under these RGL can continue to do so, ’’ it said.

The statement also said that Singapore would continue to monitor the global situation and adjust border measures to manage the risk of importation and transmission to the community.

“Any changes to border measures will be updated on the SafeTravel website. Travellers are advised to check the website for the most updated border measures, ” it added.

Besides RGL, both Malaysia and Singapore also carried out Periodic Commuting Arrangement (PCA) to allow cross-border travel between the two countries since Aug 17 last year.

The RGL enables cross-border travel for essential business and official purposes between Malaysia and Singapore, for up to a maximum of 400 people a week, for stays up to two weeks.

PCA, on the other hand, allows residents of both countries who hold long-term immigration passes for business and work purposes to enter for work, up to a maximum of 2,000 people a day.

As of Jan 29, the total number of travellers using the RGL to enter Johor stood at 2,838 while 19,201 travellers utilised the PCA. 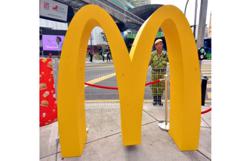 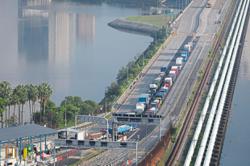