PETALING JAYA: The various stimulus packages implemented by the Perikatan Nasional government will help businesses and Malaysians from different backgrounds persevere through the socio-economic effects of the Covid-19 pandemic, say economic experts.

“Combined, they constitute about RM320bil or 20% of the gross domestic product (GDP), causing the widening of the fiscal deficit to about 6%, ” he said.

Citing an example under the Prihatin Economic Stimulus Package, he said the government allocated RM13.8bil for a wage subsidy to retain workers across the country, and an additional RM4.5bil for relief to ease the pain of small and medium enterprises (SMEs) as well as micro enterprises.

“These SMEs are important as they constitute 98% of all business establishments (in Malaysia) and close to 40% of our economic output.

“They also employ half of all those employed in the economy. They have to be supported, otherwise the economy will come to a grinding halt, ” he said.

The government also allocated RM322.5bil for Budget 2021, the largest expenditure in the country’s history.

The first package Muhyiddin announced on March 27,2020 was the RM220bil Prihatin. It was followed by the Prihatin Package for Small and Medium Enterprises (SMEs) (Additional Measures) on April 6, the National Economic Recovery Plan (Penjana) on June 5, and the Prihatin Supplementary Initiative Package (Kita Prihatin) on Sept 23.

Among the notable highlights of the government’s assistance was the targeted Wage Subsidy Programme amounting to RM1.5bil for the tourism and retail sectors under Budget 2021, said AIMST’s Xavier.

He said that the Permai package was also timely as it seeks to protect the health and welfare of the people.

“Previously, the government had allocated some RM1bil to the Health Ministry, but now it has also allocated RM3bil for vaccines, testing and tracing efforts.

“This will help contain the pandemic and relieve the strain on our healthcare system, ” he said.

“The economy is expected to improve this year with a growth rate projected to be around 7%. The government can realign its spending priorities and can be more prudent so that the debt and deficit levels can be reduced, ” he said.

He also noted that the targeted approach had given more focus towards B40 groups.

However, he also suggested that the impact would be more meaningful if the initiatives could do away with strict bureaucracy.

Another economist, Tan Sri Ramon Navaratnam, said all these packages were timely and would help those who are in need during this trying time.

“The Permai package adds to supplement and complements all the previous packages and should be seen in totality, ” he said.

Navaratnam, who is the Centre for Public Policy Studies chairman at the Asian Strategy & Leadership Institute, said while the packages had helped cushion the impact of the Covid-19 pandemic on the business community, they should also cover those who are truly in need. 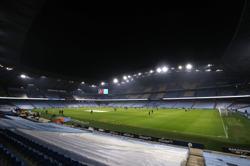