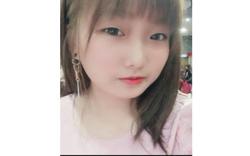 KUALA LUMPUR: The mastermind of an international Macau scam, who is wanted in Taiwan, has been arrested in Ampang.

The 39-year-old Taiwanese man, identified as Wei Kuo-Chun, was detained by Malaysian police and Interpol at Ampang Putra Residency at about 10.20pm on Monday.

Also known as Jason Wei, sources said the man was wanted by Taiwanese police since 2014.

The sources said Wei was detained with another Taiwanese man identified as Ku Chin Ling, 49. Taiwanese police identified Ku as the leader of an online scam there.

“Police believe the two had joined forces and made Kuala Lumpur the base for their international scam, ” sources told The Star.According to sources, Taiwanese police received information that Wei had been “residing” in Kuala Lumpur and ran a Macau scam targeting Chinese citizens.

“They requested the assistance of the Malaysian police.

“Bukit Aman conducted an operation with Interpol to detain them, ” the sources said, adding that two other Taiwanese men who were at the premise were also picked up.

It is learnt that Wei’s wife is a participant of the Malaysia MySecond Home Programme (MM2H) while he is a holder of an MM2H dependent visa.

“The wife is in Taiwan, ” said also the sources, adding that Wei has the Republic of Guinea-Bissau citizenship due to his investment there.

It is further learnt that Wei had helmed a similar syndicate in the Philippines in 2014 and in Montenegro in 2019.

The sources said investigation would be handled by the Federal Commercial Crime Investigation Department (CCID).

“After the investigation by the CCID is done, the four will be handed over to Taiwanese police.”

“We worked with Interpol and Taiwanese police in this successful operation, ” he said.