GEORGE TOWN: The silver chariot procession here went on as planned in keeping with its 165-year-old Thaipusam tradition despite the state government’s directive not to do so.

A fully decorated deity of Lord Muruga was lifted onto the chariot at 3.15am yesterday. Although devoid of any lights, it made a quick journey accompanied by Nattukotai Chettiar Temple committee members.

The chariot reached the Nattukotai Chettiar Temple in Waterfall Road at 6am within two-and-a-half hours. In the past, the procession took around 18 hours for the 6.6km journey. 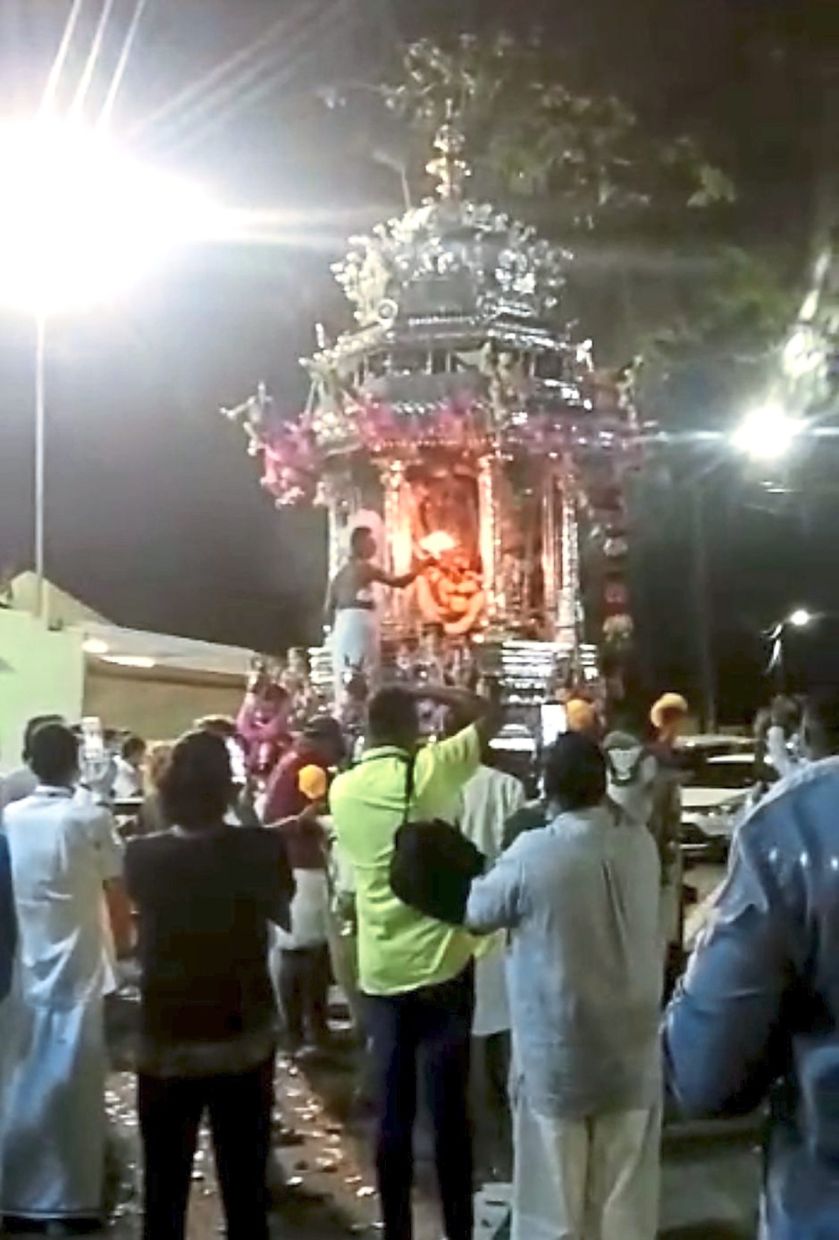 Meanwhile, the return journey of the silver chariot to the Kovil Veedu temple in Penang Street has not been fixed as it needs police clearance.

The chettiars denied claims by the Penang Hindu Endowment Board (PHEB) that the procession was illegal. The board oversees the running of Thaipusam in the state.

“Would the police be present throughout the journey if we did not have approval from the National Security Council (NSC)?” said Nattukotai Chettiar Temple trustee Dr A. Narayanan.

He said it made an appeal to the state government and Chief Minister Chow Kon Yeow on Monday.

“But PHEB said it would bring up the issue at the state exco meeting on Wednesday.

“We could not wait for the decision of the exco. It’s too late.

“Since the Batu Caves temple was given the approval for its chariot’s journey, we appealed to Human Resources Minister Datuk Seri M. Saravanan on Tuesday. We said the journey would be a short one without any procession, ” he added.

PHEB chairman Dr P. Ramasamy said the chettiar’s unilateral move to bring the chariot to the temple was in clear defiance of the unanimous decision made by the state government in view of the Covid-19 pandemic.

“There is no approval from the NSC to allow the silver chariot to make its journey.

“Saravanan called me at 8pm on Tuesday and said the silver chariot was allowed to go on its journey, but I told him to let the state handle Thaipusam matters since it comes under our purview, ” he said.

Ramasamy said the state exco would decide on the action against the Nattukotai Chettiar Temple for defying the state’s ban on the Thaipusam procession.

“PHEB has the power to take over the running of any temple in the state under Section 4 of the PHEB Ordinance, ” he said.

‘Warriors’ to the rescue

Traditional musicians out of work this Thaipusam

Throwing goodwill out the window