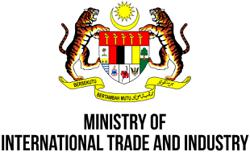 KUALA LUMPUR: A European business group which purportedly issued a note to its members that the government was planning a full lockdown immediately after Feb 4 has now issued a denial.

Hours after the note by Eurocham Malaysia (EU-Malaysia Chamber of Commerce and Industry) was leaked to the media yesterday, social media was set ablaze on speculation about an impending full lockdown.

However, it issued a clarification to the media later in the evening, stating that the International Trade and Industry Ministry (Miti) made no mention of an immediate lockdown after that date during a meeting with Eurocham on Friday.

“In this context, the demanding situation of worker accommodations has been raised many times and was mentioned in our internal circular as a crucial contribution in the effort of breaking the chain (of infections), ” it said in a clarification.Eurocham urged the people to remain focused on the bigger picture and do their part to ensure the need for another lockdown was avoided.

It clarified that its informal discussion with Miti was aimed at raising awareness about how the business community could play a role in flattening the Covid-19 curve, refuting that there was any mention of an immediate lockdown after Feb 4 when the extended movement control order was expected to end in Penang, Selangor, Melaka, Johor, Kelantan, Sabah and the three Federal Territories of Kuala Lumpur, Putrajaya and Labuan.

Eurocham chairman Oliver Roche said the body valued the strong working relationship with the Malaysian government and commended its action in managing the pandemic since last year.

In the note to its members on Saturday, Eurocham said Eurocham CEO Sven Schneider was invited to attend a meeting with Miti secretary-general Datuk Lokman Hakim Ali the day before to discuss infections involving workers in the manufacturing sector.

The note emphasised that the preliminary outcome of the meeting was for the sector to act to minimise community movement and social activities, with companies required to assign at least one human resources personnel to manage and coordinate foreign workers staying in dormitories.

Eurocham said companies were also requested to create basic quarantine spaces at worker dormitories to enable suspected cases, close contacts and confirmed Covid-19 cases to be isolated or quarantined immediately to check the spread of infections.

In a tweet last night, Miti said it looked forward to strengthening its collaborative efforts with industry players to mitigate the impact of the pandemic.