PETALING JAYA: The terrorism- related charges against two Malaysians held at Guantanamo Bay for over 14 years have raised many questions, said counterterrorism specialist Dr Ahmad El Muhammady.He asked why the charges against Mohammed Nazir Lep and Mohammed Farik Amin were only instituted now.

“The case has been pending for a long time. The integrity of the evidence is questionable. Why are they suddenly being charged?” he asked.

He said it was the responsibility of any sovereign state to get their citizens back regardless of the crimes they committed.

“We have a good track record in countering violent extremism and rehabilitation, ” he said.

He said it was better for all parties, especially for the United States, to transfer them back to Malaysia to face trial and detention here.

Suaram executive director Sevan Doraisamy said while it was good that the duo would get a trial after being detained for so long, he stressed that it had to be a fair one.

“Those detained should either be tried or released. We are against arbitrary detention, ” he added.

The Human Right Watch (HRW) previously said the continued use of the military commissions is a grave mistake.

Given their substandard procedures and tainted history, HRW did not believe that judgments handed down by military commissions would be perceived as legitimate, either domestically or internationally.Lawyers for Liberty adviser N. Surendran said that while it was unrealistic for Malaysia to demand that their citizens are sent back here, they could insist that they are tried in a proper civilian court instead of a closed military trial. 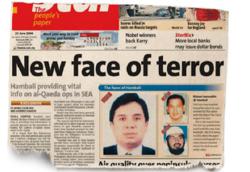