PETALING JAYA: The management of Northport has developed short, medium and long-term action plans to reduce congestion and to prevent such issues from recurring in the future, says the Port Klang Authority (PKA).

PKA Chairman Datuk Chong Sin Woon said that Northport is experiencing congestion at the container yard due to a high number of vessel calls in recent weeks, where the discharge of containers from the vessels is more than the loading operation.

He said the issue has been further exacerbated when the arrival of containers from hauliers into the port occurs at the same time.

“The congestion at the container yard and the gates have resulted in a lower port productivity rate for the Northport container operations performance, ” he said in a statement on Friday (Jan 22).

He said that as a result, Northport has come up with several short-term action plans, including encouraging shippers and hauliers to deliver the export containers into Northport terminal based on a vessel’s Estimated Time of Berthing (ETB), instead of the vessel’s estimated time of arrival.

“This will reduce the dwell time of these containers at the yard and reduce congestion, ” said Chong after a briefing on Northport’s operations, port activities, performance in general and on the progress of their action plans to ease the congestion.

He added that Northport would work with shipping lines and feeder vessel operators to expedite the evacuation of long staying export and transshipment containers from the port, while berthing priority is given to vessels with higher volume of container loading than discharging.

Chong also said that they would work with importers and hauliers to expedite the delivery of import containers out of the port, as well as reshuffle the yard area to allow for more space for container handling operations including isolation of ‘long staying containers’.

Other short term plans included managing the ‘job queue’ in Northport’s systems to ensure speedy and uninterrupted receivable and delivery of containers at the port; the opening of additional entry lanes, especially during peak hours effective from January 25; the arrangement for priority lanes for empty containers and empty trailers to speed up the container handling process at the gates; and the deployment of security personnel to control the traffic around the port.

Chong said the medium-term plans were the enhancement of Northport’s terminal equipment capacity and capability; the widening of approach roads to the gates and additional manpower capacity, especially during peak hours to ensure uninterrupted operations at Northport’s gates, wharves and container yard.

The long-term plans were the improvement of port infrastructure and yard capacity to accommodate higher volume of containers at the port; and the enhancement of Northport’s IT systems capabilities including Terminal Operating System (TOS).

“With immediate implementation of all measures under the short-term action plans, Northport is confident that the congestion situation at the container yard will reduce by 20% within the next two weeks, ” said Chong. 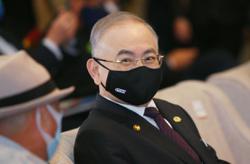