PUTRAJAYA: The Health Ministry has identified 12 new Covid-19 clusters, in which seven are infections uncovered at workplaces.

The Pasai cluster in Sarawak, which originated from a funeral in Sibu, recorded the highest increase with 112 new cases.

The cluster now has 1,093 confirmed cases linked to it, with infections spreading to 17 districts all over Sarawak.

It is also the state’s largest ever cluster.

On details of the 12 new clusters, Dr Noor Hisham said the Selasih Perindu cluster in Johor is linked to workers of several factories at the Senai Jaya Industrial Area.

A total of 365 individuals had undergone a targeted screening exercise and 106 positive cases have been confirmed.

The Jalan Sungai Chandong cluster has 44 confirmed cases and is linked to a targeted screening exercise conducted on workers of a factory at Perdana Industrial Park in Port Klang, Selangor.

The Jalan Perwira cluster has 43 positive cases which was uncovered from a targeted screening exercise on security guards working at a Johor Baru shopping centre.

The Jalan Indah Gemilang cluster has 13 confirmed cases which was detected from a targeted screening exercise on workers of a factory at Taman Perindustrian Gemilang in Johor Baru.

The Ladang Desa Jerocco, which has 38 confirmed cases, is linked to workers of a palm oil plantation and factory in Kinabatangan, Sabah.

The Jalan Kinabenua cluster has eight positive cases and is an outbreak that started from a 26-year-old man whose workplace is in Sungai Keling, Labuan.

The Serkam Tengah cluster, which has 31 confirmed cases is a community outbreak detected at a village in Jasin, Melaka.

The Tanjung Lumpur cluster is a community outbreak detected in Kuantan and 11 cases have been confirmed so far.

The Putra Tujuh cluster has 12 confirmed cases and is linked to healthcare workers and patients at the Putrajaya Hospital.

The Jalan Skudai cluster has 18 positive cases and is linked to workers and patients at a haemodialysis centre in Johor Baru.

The Tembok Renggam cluster is an outbreak detected at the Simpang Renggam prison in Johor, and 31 confirmed cases have been uncovered so far. 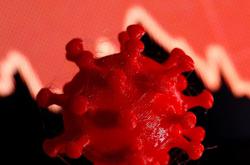