PETALING JAYA: The Malaysian business fraternity is hopeful of better bilateral trade and investment partnership with the United States under the leadership of President Joe Biden.

They do not expect changes to happen overnight as the new president’s foremost task is to aggressively gear up US response to the Covid-19 pandemic.

“He knows that those closed-door policies were shunning the US from the world and making every country its enemy.

“Ditching the hostile stance of his predecessor, Biden will be more open because he realises the US would be in a bad place without help and cooperation from the world, ” said Kang.

For example, he said former president Donald Trump’s administration had blocked Malaysian palm oil and gloves from entering the US market following allegations of labour issues, which he said were not validated with the Malaysian government.

This would change, he said, as “trade relations will certainly improve following changes in (US) policies”.

“The export environment will be friendlier with fewer problems or limitation when it comes to exporting Malaysian goods to the US.

“China is an emerging powerhouse and it would be a losing end for the US to be hostile to South-East Asia like Trump was.

“Being more open to cooperation with the world will enable the US to work with and help others while helping itself, ” he said, adding that it would be a win-win situation that benefits Malaysia and the region in the future.

Malaysia is the 19th largest goods trading partner with the United States, with US$53.8bil (RM216.8bil) worth of goods traded in 2019.

“TPPA is one of the biggest trade blocs in the world that will benefit South-East Asia. If they come back, they will also have the advantage of continuing to become the leader for trade nations, ” he said.

As Biden has said he would be focusing on the nation’s safety and the pandemic, Koong believed there would not be any immediate impact or benefit in terms of trade for Malaysia and the region.

“Trump had been implementing inward policies in the last four years, creating a lot of tension between the US and China, the two giants.

“There will certainly be a better scenario in global trade, with Biden continuing former president and his Democratic comrade Barack Obama’s legacy.

“But he won’t make overnight changes and relax policies. It may take about a year or more for the changes to be seen, ” he said.

In the short term, he said US-China relations would remain as they were, but Biden “will not intensify” the strain, and was expected to give import relaxations to world manufacturers, including those from China.

“I’m confident Biden will be much better in handling South-East Asia issues and would meet with leaders in the region, something that Trump never did, ” he said.

Koong added that Biden’s more open policies could also aid the global fight against the Covid-19 pandemic, as the US has the most advanced medical technology, R&D, pharmaceutical and surgical development.

With the US being among Malaysia’s top three trading partners, constituting 9% of our total trade in 2019, Federation of Manufacturers Malaysia (FMM) president Tan Sri Soh Thian Lai said we need to expand the current trading relationship which is confined to a relatively narrow range of goods, namely electrical and electronic products, rubber gloves, palm oil products and timber products.

“Malaysia is part of the US multinational companies’ production network in South-East Asia, but the manufacturing-related investment is concentrated on electrical and electronics and oleochemical industries.

“We can do much more to diversify this trade pattern and explore emerging investment sectors that have the potential for higher growth moving forward, ” he said, adding that a bilateral or regional free trade agreement with the US would enhance opportunities for expansions.

“Biden’s administration has commented on the need for serious US re-engagement in Asia.

partners may prompt the new administration to focus more on South-East Asia, such as sealing more bilateral deals or agreements with individual RCEP members, ” he said.

He also called on the United States to consider rejuvenating TPPA and the trans-Pacific relationship to further boost economic activity globally and with Malaysia.

The Malay Chamber of Commerce Malaysia vice-president Norsyahrin Hamidon said Malaysian businessmen were also hopeful for a “new approach” from Biden’s administration, especially in the palm oil and rubber gloves export in the US.

“We really hope there will be a positive impact following his taking over office, introducing a different kind of approach in handling Malaysia-US bilateral trade relations.

“We hope ties will be improved in the near future for more amicable and win-win trade cooperations, ” he said.

Malaysians in US mark a new beginning 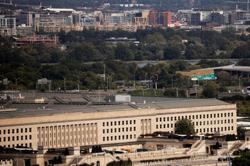