Govt to decide on extending operating hours of food outlets

The Senior Minister said the government has taken note of the requests and complaints by the public wanting eateries to open until late.

“We hear the people but there is an implication to this. If we allow food outlets to extend operating hours, other businesses will also be putting in the same request.

“We have asked the Health Ministry to discuss with the National Security Council on the matter. We will announce when a decision has been made, ” he said on Tuesday (Jan 19).

There have been calls by the public asking for the government to allow eateries to operate until 10pm during the movement control order period as the current operating hours which end at 8pm are making it hard for some to get their meals. 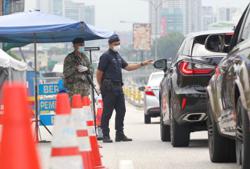