PETALING JAYA: Umno secretary-general Datuk Seri Ahmad Maslan has apologised over the "PhD" remark he made that appeared to belittle the intelligence of those who do not have higher education.

"I apologise to those who were offended. It is not my habit to put others down. That means that it was not done on purpose.

"Debating in the #DewanRakyat is different. Even then, I have never insulted them. I was born into a poor family, a son of a rubber tapper. It is not my nature to insult people," he said in a Facebook post on Friday (Jan 15).

Ahmad was referring to a statement he made during an event streamed on Umno Online's Facebook page on Jan 8, where he appeared to have belittled a coconut grater for not being able to comprehend the need for a snap general election in the midst of the Covid-19 pandemic.

Ahmad had said many countries had been able to hold elections during the Covid-19 pandemic and referred to a television interview that featured an individual, believed to be a coconut grater, who said that an election should not be held in the midst of a pandemic.

"A general election is needed because this government has the smallest majority in the world. There are 222 Parliament seats and you need a minimum of 112 seats to form the government.

"The government only has 112 seats now... which the coconut grater did not realise. The person was interviewed to represent a grassroots view and I don't know if he graduated from high school or not.

"If they were from the International Islamic University Malaysia (IIUM) or had a PhD, perhaps they would have commented on the issue more accurately," he was quoted as saying during the interview.

Aside from public rebuke, Ahmad also courted flak from politicians over his remark.

There have been calls to hold a general election despite the ongoing Covid-19 pandemic due to growing tensions between Umno and Parti Pribumi Bersatu Malaysia in the Perikatan Nasional coalition.

Prime Minister Tan Sri Muhyiddin Yassin had said that a general election would only be held once the Covid-19 crisis is brought under control. 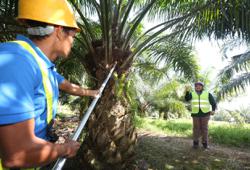 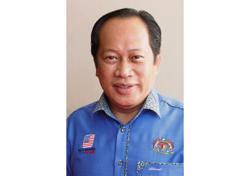