Love is patience: Chew and Woo registered their marriage last year but had to postpone a church ceremony three times due to the Covid-19 pandemic.

JOHOR BARU: Many couples planning their weddings have been caught unaware by the new movement control order put into place to curb Covid-19 infections.

For a couple here, third time is not the charm after they were forced to postpone their wedding ceremony three times since last year due to the Covid-19 pandemic.

Application trainer Eric Chew Cheng Hoong, 31, is frustrated to the point of being speechless now that his church wedding ceremony has to be put on hold again in view of the MCO from Jan 13 to 26.

He and his girlfriend Woo Ying Hoi, 31, initially planned to hold their church wedding in Kajang, Selangor, on June 27 last year.

They had to postpone it as activities in houses of worship were still not allowed then under the recovery MCO and moved the date to Oct 17.

“However, a few days before our ceremony, the government announced the implementation of the conditional MCO.

“Once again, we postponed it to Jan 29 this year but then, the government announced another round of MCO. Gurpreet and Ashvindip have had to postpone their wedding twice but share hopes of being married as soon as possible.

“Just to be safe, we decided to call it off as there is a possibility that the MCO will be extended after it is scheduled to end on Jan 26, ” he said in an interview.

Chew said they were supposed to hold a reception after the church ceremony and the constant changing of dates had caused their plans to go awry.

“Besides the reception, wedding photographer and videographer bookings, we have also made reservations and arrangements for accommodation for our relatives from Johor Baru, Kuala Lumpur, Penang, Perak and Sabah.

“We have been planning our wedding since November 2019 after dating for almost 10 years.

“We met each other while we were studying at Universiti Tunku Abdul Rahman, ” he added.

However, there is a silver lining for the couple in that they managed to register their marriage on July 12 last year.

“I feel for other couples who, like us, have to make changes to their plans time and time again.

“Hopefully, we can have our church wedding soon somewhere in April but this also depends on the availability of the church as I am sure there are many backlogged ceremonies, ” he said.

Frontliners Ashvindip Kaur Rekhraj and Dr Gurpreet Singh Chawla have hoped that they would not have to postpone their wedding for the second time.

Staff nurse Ashvindip, 29, who is from Ipoh, said her wedding was supposed to take place on May 2 last year but this was postponed to Feb 6 this year due to the MCO then.

She said thinking that somehow the situation would be under control, the date was fixed in February, but little did she know that a second MCO would be announced.

Her fiancee, a doctor, is currently based at a hospital in Johor Baru, while his family resides in Kluang.

“When the two-week MCO was announced, our hearts were shattered, as it is not easy to postpone a wedding, especially when deposits have already been paid to caterers, wedding planners, make-up artists and videographers.

“The groom’s side is supposed to bring an entourage to Ipoh, where the wedding will take place at a Gurdwara.

“I am still keeping my fingers crossed that the interstate travel will be lifted in two weeks so that my wedding will proceed as planned, ” she said.

If the MCO is continued, she hopes the groom’s immediate family members and the wedding planners will be allowed to travel to Ipoh.

In addition, there is no refund for the wedding arrangements.

“To change to another date, I must ensure it fits all of them, from the make-up artists, henna artists, photographer, videographer, decorator and so forth. Not everyone can come to an agreement to another date if it is postponed again, ” she said.

Ashvindip’s father Dr Gurdip Singh, 70, a retired doctor, said it was his 95-year-old mother’s wish to see her granddaughter get married.

“My mother has been praying daily that the wedding goes as planned, ” he said.

“Ashvindip is my only daughter. She has an older brother, and a twin brother, ” he said, adding that e-wedding invitations had been sent out. 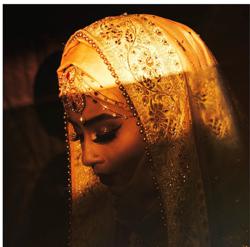