In a statement on Thursday (Jan 14), it said the team was deployed to the location on Tuesday (Jan 12).

"The bridge construction was conducted to reconnect three locations which were cut off - Kampung Serengkam, Sri Makmur and Sri Jaya - after the original bridge collapsed from erosion due to strong river current.

"It will benefit over 2,600 people affected there," the statement read.

The statement added this was the second bridge constructed by the Army in Pahang, after the first bridge was completed at Kampung Lechar, Ulu Dong, Raub on Jan 9.

"The need for the construction was coordinated by the National Disaster Management Agency (Nadma), and the process also got cooperation from the Public Works Department (JKR).

"The construction of the bridge involves 115 Army officers and personnel led by 91st Commanding Officer Kol Muhammad Zamri Musa," the statement said, adding that the bridge was expected to be fully assembled by today.

It also said the Army was making arrangements and preparations to give aid to any area affected by the floods.

"The Army is also at the ready and monitoring the development of the floods and will cooperate with rescue agencies nationwide through Ops Murni.

"This is in line with the Defence Ministry and Armed Forces objective to step up cooperation with public agencies and the rakyat. 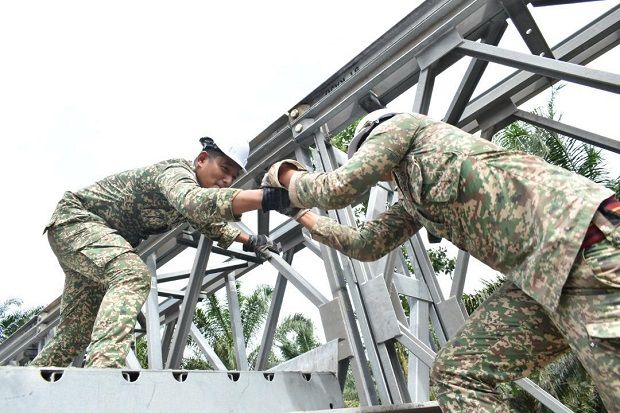 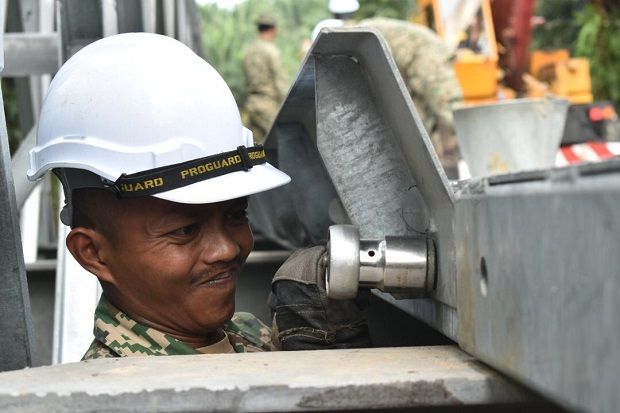