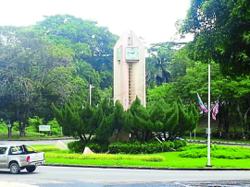 KOTA KINABALU: JCI Sandakan has managed to secure a donation from Japan’s Seiko Holdings Corporation for four new sets of solar-powered clocks to replace the broken ones on the iconic JCI Sandakan Clock Tower.

The non-profit young leadership development organisation said this was possible due to efforts from JCI Senator Datuk John Liaw Chee Shing, who was the JCI Malaysia National president and the JCI Sandakan local president in 1976.

The clock tower near the Sandakan town area was first built by JCI Sandakan from funds raised from the community in 1972.

The original British clocks of the tower had malfunctioned and had to be replaced and in 1983 and Seiko Co Ltd had donated the solar battery-operated clocks to replace the original ones.

“Unfortunately after more than 25 years, the old Seiko clocks were not functioning due to wear and tear and were beyond economical repair.

“The Sandakan Municipal Council had to remove the defunct clocks with its four synchronized clock faces, to avoid embarrassment and public complaints, hence leaving the tower without the clocks for a number of years.

“But with Liaw’s initiating efforts to restore the tower clocks, Seiko has agreed to donate the clocks, including bearing the shipping costs inside Japan and cost of ocean freight to the Port of Sandakan, ” said JCI Sandakan in a statement.

However, they added that JCI Sandakan will have to be responsible for local shipping costs within Malaysia, Malaysian customs service tax, as well as installation and adjustment costs, thus is seeking contributions.

“The estimation is of about RM30,000 or more. JCI Sandakan depends largely on the financial support of the community, and we hope business communities in Sandakan will contribute financial support to defray the required installation and other related costs to complete the project, ” said the organisation.

The clock tower is a historical and sentimental monument of Sandakan town, where it not only displays the time but is also a prominent landscape structure of beautification and local attraction in town, they said. 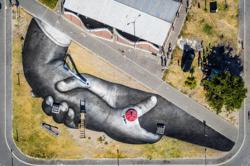