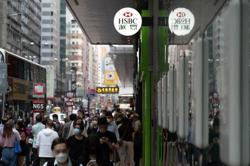 KUALA LUMPUR: Malaysia needed to ensure it has adequate flexibility to deliver the best value for the country in the construction and operation of the proposed high speed rail (HSR) from Kuala Lumpur to Singapore, and for that reason, any additional layer that adds cost and unnecessary rigidity of the project has to go under the present climate.

At a press conference here yesterday, MyHSR Corporation Sdn Bhd, the HSR project owner on the Malaysian side, explained why the AssetsCo, an entity originally proposed to govern the procurement and operations of the bilateral project, had outlived its purpose, and more so during a pandemic.

AssetsCo is a private entity responsible for supplying, installing and maintaining trains, tracks, power supply, signalling and communications systems, other than control operations of HSR trains in Malaysia and Singapore.

According to Tan Sri Esa Mohamed, MyHSR Corp chairman, AssetsCo stood in the way of the slew of changes proposed by Malaysia for the project structure that still guarantees quick travel time from Bandar Malaysia here to Singapore, while delivering way more benefits to Malaysia than was originally envisaged.

Singapore had argued that removing AssetsCo was a fundamental departure from what had been agreed on in the bilateral agreement signed on Dec 13,2016 to formalise the technical, safety and security requirements, commercial, financing and procurement regulatory frameworks.

Esa said the changes proposed by Malaysia for the HSR project were premised on the fundamental need to reduce cost while maintaining the 90-minute HSR express travel time from Bandar Malaysia to Singapore.

“Based on these needs, we proposed the removal of AssetsCo, an earlier start to the project (on the Malaysian side), as well as technical refinements such as shortening and straightening the alignment at the same time, other than reduction in station size, ” said Esa, who was accompanied by his CEO, Datuk Mohd Nur Ismal Kamal.

Mohd Nur said no other country in the world adopts the AssetsCo model, which he described as an experimental approach agreed to by Malaysia and Singapore.

“Conventionally, HSR is deployed globally in two models: either in separated structure (typical in Europe), with an infrastructure company responsible for the civil and systems components, and an operating company (OpCo) responsible for the provision of passenger service.

“The other is the integrated structure, which is more common in China, Taiwan and Japan, ” Mohd Nur said, adding that AssetsCo was an “additional layer” that was unnecessary to the typical HSR business model adopted elsewhere.

“Other countries that are new to HSR like Saudi Arabia, Morocco, India, Thailand and Indonesia have implemented or are in the midst of implementing their HSR without AssetsCo, ” he said, adding that Malaysia, though initially new to railway technologies like LRT, monorail and MRT, also managed to implement and operate these technologies without any AssetsCo.

Esa said since the suspension of the HSR project in 2018, MyHSR Corp had been instructed by the government to explore options for cost reduction.

“We started with changes to the infrastructure and realised some savings. The Covid-19 pandemic forced us to relook at the project even harder for more savings.

“To this end, we considered further changes to the project structure to reduce financing costs, ” he said, adding that under the AssetsCo regime, Malaysia had to keep seeking the entity’s approval for every single change, even if it does not affect travel time.

“Commercially, the new project structure allows for added flexibility in financing options for the project, such as deferred payment, public-private partnerships and sovereign financing. With this flexibility, the contingent liability in terms of government guarantee could be minimised as the government could avoid providing a guarantee of RM60bil over 30 years to AssetsCo.

“Malaysia’s proposal to Singapore to remove AssetsCo follows the international tried and tested model of having only an operating company and an infrastructure company.

“Following global best practices in procurement, the HSR technology and system to be procured will still be the best in class, ” Esa said, adding that all in, the projected combined savings could be in the region of 30%.

MyHSR Corp also confirmed it would be embarking on a new study to assess the viability of high speed rail connectivity options by looking at ridership and funding options, among others.

“MyHSR will now proceed with the assessment of the alternatives, ” said Mohd Nur, who also dismissed allegations that a “medium speed rail” would be part of the equation or the revamped line would end at KLIA.

The bilateral HSR agreement lapsed on Dec 31,2020 after both countries failed to reach an understanding on the way forward following Malaysia’s latest proposals. 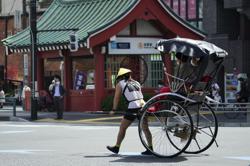