Dealing with the pandemic and politicians 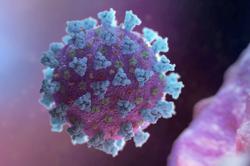 HEALTH director-general Tan Sri Dr Noor Hisham Abdullah is a man who chooses his words carefully when he speaks at his daily press conference.

He sticks to the details with his measured tone. Obviously, he’s aware of his delicate position as a senior civil servant.

Many political leaders are known to cross swords with their top health officials.

However, Malaysia is losing ground in its fight against Covid-19.

All the hard work by our frontliners in March when Malaysia was placed under the movement control order has come to naught.

Since the Sabah state election last September, it has been downhill all the way. The situation was aggravated by glove manufacturers in Selangor.

The victory we once claimed has now degenerated to staggering four-figure daily cases as the situation continues to deteriorate.

For the first time, Dr Noor Hisham, a diligent man who hasn’t taken a day’s leave for the past nine months, has resorted to using words like “breaking point” and “pressure”.

We’ve come to the point where our hospitals have run out of beds for Covid-19 patients. It’s not just doctors and nurses who are stressed out – ambulance drivers are equally overwhelmed.

Pictures of overcrowded quarantine centres have gone viral, attesting to the dire situation.

As a trained newsman who makes sure his facts are verified, I called a top official at the Health Ministry to ascertain if these pictures were real and not from a facility in India or Pakistan, since the patients appear to be foreigners.

His reply came swiftly. These pictures were taken from MAEPS Serdang, the Malaysia Agro Exhibition and Trade Centre, which was reactivated last month for low-risk cases.

It was reopened following a spike in positive cases due to the implementation of the Social Security Organisation (Socso) programme to screen foreign workers.

MAEPS has a bed capacity of about 10,000, which can only cater to Covid-19-positive foreign patients, but it’s bursting at the seams now.

Most of them are from Category 1 and 2 – patients with no symptoms and minor symptoms respectively.

But these pictures are grim. A friend who saw them said she immediately got goose bumps, and now understands better what our frontliners have been going through every day.

Malaysia is at war, yet we are hard on ourselves. Many of us are quick to shoot ourselves by swiftly forwarding videos and messages on chat groups without much thought, let alone verifying authenticity.

We whine about our little discomforts like food and facilities when they are usually isolated cases. We seldom give credit where it’s due.

A Malaysian in London sent me a cynical message questioning why Malaysia’s positive cases must quarantine at home when the scenario of bed shortage has affected the UK as well.

Asymptomatic people in the UK are advised to simply stay at home, treat themselves and only call the hospital if their condition deteriorates. I have two friends in the UK who shared their experiences with me.

Then, there has also been an advisory from the US Embassy, which the sender has put in remarks of his own. However, a careful read of the note reveals it to be rational advice to US residents in Malaysia.

Truth be told, the situation in the US is far worse than in Malaysia, where its people are dropping dead like flies; and in both the US and UK, the approval for vaccines must be fast-tracked because the fatalities have spiked this winter.

The vaccines have not gone through third phase clinical testing yet, but the dying in the US and UK can’t wait for another three or four months.

As we struggle to balance between the need to keep our economy going and ensure public health, we hear some of our politicians trying to force a general election.

During the MCO phase, Malaysia suffered losses of RM63bil with an estimated daily loss of RM2.4bil.

It’s very unlikely that a complete lockdown will be enforced again, especially when businesses are just finding their feet again.

But that doesn’t mean we should be getting back to a political free-for-all.

These politicians have insisted that the political equation is no longer feasible and have said a general election can be called since countries such as Singapore and South Korea have carried theirs effectively.

I’m not sure I want to trust our politicians.

In Sabah, the SOP was totally disregarded last year.

I may be persuaded, in the case of Sarawak, which, unlike Sabah, is not overwhelmed with foreigners, if state polls were to be held soon.

But a general election, I’m unsure. For politicians, who are staring at court sentences, it’s a matter of life and death to their careers, literally.

Then, there are those who used to being in power and are now craving to be back in government at all cost. Political principles, which they loudly propagated, have vanished.

It’s unfortunate that while fighting the pandemic and trying to keep businesses afloat, we’ve had to endure politicians who seem more preoccupied with ambition and power.

As they say in Bahasa Malaysia, ini lah politik selamatkan diri, bukan selamatkan negara dan rakyat (this is the politics of saving oneself instead of saving the country and people). 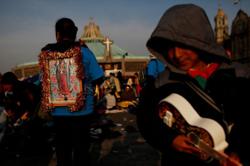