They were arrested for alleged bribery involving smuggling activities of frozen food from countries that are not allowed to enter Malaysia. 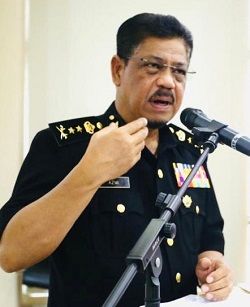 The duo are between the ages of 27 to 31 years old and were arrested at about 11pm on Wednesday (Jan 6) to assist in the investigation.

The remand application for the suspects is expected to be made at the Johor Baru Magistrate's Court at about 10am on Thursday (Jan 7).

It was previously reported that four individuals, including a frozen meat importing company director had been remanded for four days starting from Monday (Jan 4) in connection with a meat cartel scandal here.