Glovemaker denies its workers are living in shipping containers Ministry officials on Monday conducted a raid on a glove-making factory in Kajang district, just outside Kuala Lumpur, where they found workers living in cramped, dirty shipping containers stacked behind the premises, according to earlier media reports.

Covid-19: Factory cluster made up about half of Selangor cases 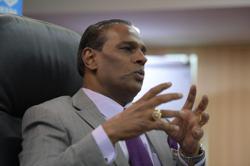