MALAYSIAN singer Nicholas Teo (pic) has finally reached home safely after being stuck in Thailand for the past 10 months due to Covid-19 restrictions, China Press reported.

The 39-year-old is currently undergoing the mandatory 14-day quarantine at a hotel in Kuala Lumpur and wrote on Instagram thanking frontliners, including those working in the immigration responsible for conducting Covid-19 tests, for keeping the country safe.

“Overall when I entered Malaysia, the experience made me proud. From the flight attendants to the frontliners at the airport, as well as the driver who transported us to the hotel, everyone was kind and patient.

“It made someone who is returning home like me very touched, ” he wrote.

It was reported that Teo went to Thailand to work on his music as well as to go on a vacation in February this year.

However, when countries started to close their borders in March, Teo could not get back to Malaysia in time.

“There were no flights. Initially, I wanted to return in June and July but the flight tickets I bought kept getting cancelled. The alternative was to take flights with 20 to 30-hour layovers, ” he said.

Due to his commitments as a coach in Malaysian reality singing competition Super Voice, Teo had to return.

According to his manager, all of his performances in the country were cancelled and his stint with Super Voice was only confirmed in November, which left him making a mad scramble to get back to Malaysia.

> The daily also reported that a university undergraduate in Japan who patronised host clubs and spent more than 10 million yen (RM389,470) on male hosts over the course of two years, ended up writing a thesis on the scene.

The 20-year-old who is currently studying anthropology at the prestigious Keio University, known only as Akizaki, started to frequent host clubs when she was 18 and soon became addicted.

Male hosts typically are between ages 18 and mid-20s, and are tasked to pour drinks and flirt with their clients.

When interviewed during a TV show, she explained that it gave her a thrill which is unmatched by anything else.

“It’s because with only money, I could buy the excitement of being in love!” she said.

Her thesis was entitled “The Women Who Visit Host Clubs and The Male Hosts Who Work There”.

She has even made videos of her findings and uploaded them on her YouTube channel, one of which was on the top 10 characteristics of women who fall in love with male hosts. 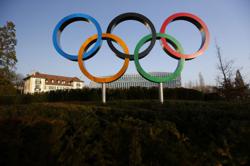