PETALING JAYA: DAP has been given the aye by the Registrar of Societies (RoS) to postpone its 17th party national congress to a later date before June 30 next year.

With this development, DAP's national organising secretary Anthony Loke said the congress, which was initially planned on Dec 20, has been adjourned.

“The DAP national headquarters received a reply from the RoS and informed us that it has agreed for us to extend the time to hold the DAP national congress by 30 June, 2021.

“Therefore, the congress that is scheduled to take place on Dec 20 in Shah Alam, has been adjourned to a date to be determined later, ” he said in a statement on Monday (Dec 7).

Loke said DAP is thankful to the RoS and the Home Minister for considering their application.

Although the party congress is postponed, he noted that the nomination process for the party’s central executive committee (CEC) election has been completed and the list of candidates has been finalised.

A total of 86 candidates will be contesting in the party’s CEC re-election during the congress. 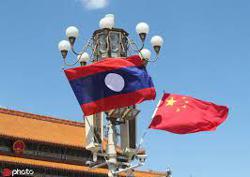