PUTRAJAYA: The labour recalibration plan only allows bosses to legalise foreign workers who are already under their employment and new hirings that are taken from immigration depots, the immigration authorities clarify.

Its director-general Datuk Khairul Dzaimee Daud (pic) said employers are not allowed to take any illegal immigrants and apply for them to be legalised as staff.

He said companies in need of foreign workers and want to hire those at the detention depots would be required to finance the repatriation of illegal immigrants being detained at these facilities at the ratio of one to one.

“We are expecting between 200,000 and 250,000 illegal immigrants to take part in this plan as well as in the repatriation recalibration plan which will be for six months until June next year, ” he said.

Since the programme was launched on Nov 16, the department has received applications from 478 bosses involving the employment of 2,000 illegal foreign workers.

On Thursday, Home Minister Datuk Seri Hamzah Zainudin said it had been proposed that big corporations be allowed to hire foreign workers on condition that they finance the repatriation of illegal immigrants detained at immigration depots.

The cost to legalise a foreign worker under the plan will be between RM3,000 and RM4,100 per worker and this includes RM500 deposit and RM1,500 as one-off recalibration fee per worker respectively.

Other payments are a levy of RM1,850 per worker in the manufacturing and construction sectors and RM640 for plantation and agriculture, RM60 payment for a pass, RM125 processing fee and visa payment of between RM5 and RM20 depending on country.

This is far less than the cost of bringing in a foreign worker from a source country which is in the region of RM10,000 to RM15,000 per person.

Khairul said employers were to submit their applications online through www.imi.gov.my with a deposit payment of RM500 per worker.

At the same time, employers are to apply to the Peninsular Malaysia Labour Department to get approval on the number of foreign workers they can hire and the department will revert to the immigration authorities.Successful applications will be issued with a slip to enable the prospective workers to go for a medical check-up, once they are given a clean bill of health, employers can then apply for work permits and make the necessary payments.

“If the vetting process is unsuccessful or if the worker fails his medical test, they will be deported, ” said Khairul.

Illegal immigrants who can be employed are those whose work permits or social visit passes have expired, who are found to have violated their permit by working in a different sector, not reported to have fled from their employer, not blacklisted and are from one of the 15 source countries.

For illegal immigrants who want to return to their homeland under the repatriation recalibration plan, they are to have a valid passport or temporary travel document, one-way ticket, pay a RM500 compound and go to an immigration office to process their application.

The plans will be implemented from Nov 16 to June 30 next year. 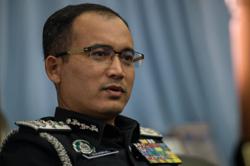