Faizal will remain as caretaker MB until new one named 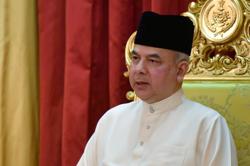 IPOH: Datuk Seri Ahmad Faizal Azumu will remain as caretaker Mentri Besar until a new one is decided by Sultan of Perak Sultan Nazrin Muizzuddin Shah.

The Sultan will decide by selecting an assemblyman who has the majority support as the new mentri besar.

“It was just the Sultan and me in the room when I informed him about the matter (vote of confidence), while the State Secretary and Legal Adviser waited outside.

“Sultan Nazrin will make a decision to choose any assemblyman who has the majority support, and until then, I am the caretaker of the government, ” he said after an audience with Sultan Nazrin at Istana Kinta.

Faizal, who is also Chenderiang assemblyman, lost the motion of confidence in support of him as the mentri besar.

Of the 59 assemblymen, Faizal only got 10 votes in favour while 48 voted against him, with one abstention.

When asked if Parti Pribumi Bersatu Malaysia is still with the state Perikatan Nasional coalition with Umno and PAS, Faizal admitted it would be hard to do so.

“We are still with Perikatan, but knowing that they’ve made such a decision (referring to the vote) without discussion, it hurt us a bit.

“But we need to make a decision to solve the issue as soon as possible in order for us to serve the people, ” he said.

Following the result, Faizal gave a speech at the state assembly, thanking the support from the state Perikatan Nasional executive council line-up and also said that he missed his former allies in state Pakatan Harapan.

“I do miss them sometimes. I had a good 22 months with them and we were a family. I may look calm but my heart is racing. I was hoping the motion would be tabled after the state budget was presented.

“Together with the state committee and other government officials, we have created a budget that would benefit everybody, ” he added.

In the Perak state assembly, Umno has 25 state seats while Bersatu has five, PAS has three, Gerakan one and an Independent, leaving the opposition with 24 seats.

Sources told The Star that Umno president Datuk Seri Dr Ahmad Zahid Hamidi has been granted an audience with the Sultan tomorrow on the current political situation in the state. 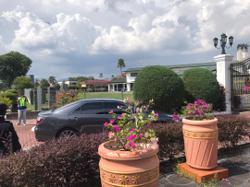 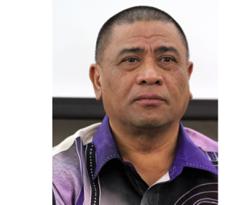