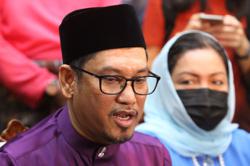 Perak MB Datuk Seri Ahmad Faizal Azumu jovially talking to the press after losing the confidence of the state assembly.

The Chenderiang assemblyman said he hopes to meet with the Sultan before the state budget is tabled next week.

"We need to form a government for the sake of the rakyat.

"I could suggest to him to dissolve the state assembly, but we do not want that," he told reporters at the state secretariat building here Friday (Dec 4).

"Given the situation, I should just be a nice person and just accept the result," he added.

During the state assembly sitting earlier, Faizal lost the motion of confidence in support of him as the mentri besar.

Of the 59 assemblymen, Faizal only got 10 votes in favour, while 48 voted against him with one abstained vote. 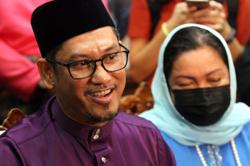