ISKANDAR PUTERI: Matters related to the reopening of the border with Singapore and the plight of Malaysians stuck in the island republic were hotly debated during the Johor state assembly seating here.

K. Raven Kumar (BN-Tenggaroh) said that there should not be any delay in helping Malaysians who were in Singapore.

"The increase in the number of Covid-19 cases in Malaysia and Johor has slowed down efforts to reopen the border with Singapore.

"As a result, Malaysians in the island republic become collateral damage, where some were forced to be homeless, ” he said in a debate on the Johor Budget 2021 at the state assembly on Wednesday (Dec 2).

He lauded the state government’s food basket initiative for Malaysians who are in Singapore needing assistance.

"Any kind of help, be it big or small, should not be delayed for them, ” he said, and hoped that their employers in Singapore would not neglect their welfare.

Andrew Chen Kah Eng (PH-Stulang) urged the government to make it easier for Malaysians in Singapore to return to their home country.

"The Periodic Commuting Arrangement (PCA) has allowed Malaysians with a working permit in Singapore to return home. They were allowed to go through quarantine at home upon arriving in Johor if they tested negative for Covid-19.

"However, other Malaysians, including Singapore Permanent Residents (PR), those with student cards, long term passes or social passes are unable to return through the PCA and had to go through the 14-day quarantine at the quarantine centres assigned. They also have to pay for the quarantine on their own, ” he added.

Chen said that the government should study the policies they have introduced from time to time and make the necessary changes when needed.

"However, different health and safety measures were implemented upon them, ” he said, adding that there is no justification for the different standards of treatment.

He also urged the government to move forward with a travel bubble initiative between Johor and Singapore after the situation between both places has improved to revive tourism activities.

"Those travelling from low-risk countries should be allowed to enter the country, ” he said.

Several assemblymen also spoke of the issue in their debates during the state assembly since Sunday (Nov 29).

Cheow Yee How (PH-Perling) said that he has been receiving numerous complaints about issues faced by the people due to the closure of the Malaysia-Singapore border, including on family members that were separated due to the closure.

"I urge the government to consider reducing the quarantine period for low-risk individuals entering the country and introduce other monitoring methods. This could include limiting their movement to only be around the state of Johor, ” he said in his debate.

He noted that the cost of quarantine has also made it difficult for those who had lost their jobs in Singapore to return back to Johor.

"There are Malaysians who are unemployed in Singapore but are afraid to return back to Malaysia as they are afraid of having to pay for the quarantine cost here.

"I hope that the state government is informed of this critical issue as at times the Federal government is unable to understand the context of problems that arise at the border here, ” he said.

Meanwhile, Chew Chong Sin (PH-Mengkibol) said that the state government should consider using the allocation that was previously used to attract foreign tourists to stay in the state for homeless Malaysians in Singapore.

"The government had previously allocated RM7mil to encourage foreign tourists to stay here but it could not be used now due to the movement control order (MCO).

"I suggest that the government use a portion of the allocation to help Malaysians who used to commute to Singapore daily and is now homeless in the island republic, ” he said in his debate.

Dzulkefly Ahmad (PH-Kota Iskandar) and Aminolhuda Hassan (PH-Parit Yaani) in their debates, urged the state government to continue pushing for the reopening of the Singapore-Malaysia border.

"The state government need to come out with the best mechanism to allow the border to reopen, especially as the number of cases in the island republic is still low, ” said Aminolhuda, adding that this would help to boost the local economy.

Dzulkefly said that the state government must continue to push the Federal Government on talks of implementing the Daily Commuting Scheme for work purposes. 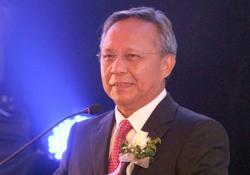 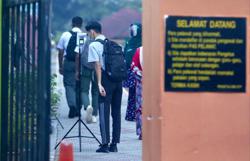