However, he added that the installation of these cameras should not cause major changes or affect the safety system of the vehicles or distract the driver's focus on the road.

He said that the Transport Ministry has not planned to make installation of dashcams on dashboards as a compulsory measure yet.

"There are a few important matters that should be looked into by the ministry, such as the absence of specific international or local standards in the installation of these cameras on the dashboards of the vehicles," said Hasbi.

He said this in reply to Syed Ibrahim Syed Noh (PH-Ledang) who asked the government's stance on making dashcams compulsory as a basic accessory in every vehicle.

Hasbi also said the ministry has no objections against those who voluntarily install these cameras in their vehicles as long as it is safe.

He said the government also takes note that the usage of such cameras can help various enforcement agencies in conducting investigations into road accidents or criminal cases.

To another question by Syed Ibrahim on the submission of footage from such cameras as evidence, Hasbi said there are no restrictions when doing so.

"It will go through the normal court process, including checking, technical inspections and verification to ensure the authenticity of the (footage) and it is up to the courts if they want to accept or reject it as evidence," said Hasbi.

He added there are other countries such as the United Kingdom and Russia where it is allowed by regulators.

Hasbi cited Germany as an example, saying that while the use of small cameras in vehicles is allowed, the footage should not be uploaded on social media as it is a violation of privacy. 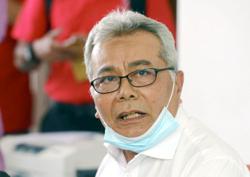