KOTA TINGGI: The Malaysian Maritime Enforcement Agency (MMEA) ordered five foreign merchant ships to leave after they were found to have anchored illegally in Malaysian waters near Tompok Utara here.

Johor MMEA director First Admiral Nurul Hizam Zakaria said the vessels were registered in Dominica, Indonesia, Palau, Panama and Liberia and did not possess valid permission from the Marine Department to anchor in Malaysian waters.

With this, the MMEA told a total of 28 ships to leave the Tompok Utara area.

“The Tompok Utara area has become an anchoring hotspot for vessels after the MCO was enforced in March," said Nurul Hizam.

He added that as most countries went into their own lockdown during that period, this prevented vessels from entering due to port closures.

“The vessels decided to take advantage of the situation and anchor here illegally, ” he said on Sunday (Nov 29).

MMEA recently took the approach of putting off arrests temporarily as a measure to prevent the further spread of Covid-19 by foreigners.

“The areas are not international waters although they are at a distance of more than 12 nautical miles from the nearest shore. As such, all shipping activities in those areas require permission from the Malaysian authorities, ” he added.

He added that the MMEA has detained 17 other ships for various illegal activities in eastern Johor waters throughout the year so far.

He also said those with information about maritime crimes or illegal activities on Johor waters to get in touch with the 24-hour MMEA operations centre hotline at 07-219 9404. 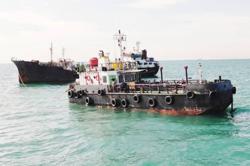 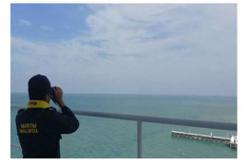