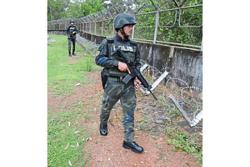 "So far, he is still unable to accept any visitor as he needs to rest and the specialists are still evaluating whether to conduct a follow-up surgery for another bullet.

"I was told that the bullet is too close to his spine, which might affect him if they try to remove it, ” he told Bernama when contacted Sunday.

Norihan, who was transferred from the Tuanku Fauziah Hospital in Kangar, Perlis, on Wednesday (Nov 25), had successfully undergone surgery to remove two out of three bullets from his body after being shot by smugglers in a shootout at the Malaysia-Thailand border in Padang Besar, Perlis early Tuesday (Nov 24) morning. - Bernama 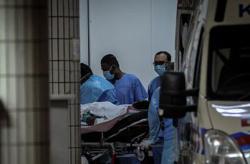