MELAKA: A Form Six student here lost RM10,000 to a fraudster claiming to be an antique collector from the United States who wanted to buy a RM2 note and five one-sen coins, both of which are no longer in circulation.

"The student befriended the man, who claimed to be an antique collector from the United States, through Instagram.

However, he said soon after the sale was agreed, the victim was contacted by an individual who claimed that he needed to pay RM10,540 to Bank Negara for “taxes” as he had received a cash transaction from a foreign bank.

"Fearing action from the authorities, the victim deposited the amount over 15 transactions into two bank accounts," he said.

Supt Sundra said the victim realised he was cheated when he did not receive any money for the deal.

"The report is being investigated under Section 420 of the Penal Code for cheating," he added.

He also said the victim is still in possession of the note and coins. 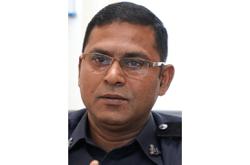