“Not worthy of discussion, ” the Barisan Nasional secretary-general said briefly while confirming that a Barisan meeting will take place.

On Monday, a letter allegedly written by Tengku Razaleigh was found placed on tables of MPs in Parliament, stating that he will not participate in the debates unless a no-confidence motion against Muhyiddin is addressed.

At the same time, Annuar also said Budget 2021 will not be part of the agenda in the meeting, as the matter has already been decided by Barisan.

It is understood that Barisan was scheduled to have a meeting at the Putra World Trade Centre (PWTC) at 8pm on Monday night.

Anticipation and pressure is mounting on whether Budget 2021 would be passed in Parliament this Thursday (Nov 26), as Tengku Razaleigh’s letter dated Nov 19 had also criticised Speaker Datuk Azhar Azizan Harun for not allowing Muhyiddin’s majority support to be tested in Parliament.

She also suggested that a general election was the only way to solve the current political impasse.

The Perikatan Nasional government requires a simple majority of 111 to pass Budget 2021.

It is extremely crucial for Budget 2021 to be passed this Thursday, as its failure could effectively mean that the Perikatan government has lost its majority in Parliament, possibly paving way for an unprecedented snap election in the midst of the third wave of Covid-19 infections. 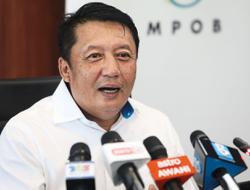