Report: Jho Low tried to bargain his way out of trouble with previous Pakatan government

The news network said that Low allegedly spoke to government representatives in a series of phone calls from May to November of 2018.

Al-Jazeera said it had privately verified the conversations, which were given to it exclusively.

However, it did not identify whom Low was speaking to from the Malaysian side.

"I want you to convey if possible to Mahathir (former prime minister Tun Dr Mahathir Mohamad) that I really believe the change in government does present a real opportunity to resolve these 1MDB-related issues. I am committed to achieving that," said Low in one of the clips.

He said that in return, he would give up all assets and that the monies would be used to repay 1MDB bonds.

Apart from Malaysia, Low is also wanted by the US Justice Department for criminal offences despite reaching a US$700mil civil suit settlement with them last year.

In the audio clips, Low is heard saying that he wanted the Malaysian government to help him deal with the United States, Singapore and Switzerland over charges he faces in those countries.

He also pinned the blame on former prime minister Datuk Seri Najib Razak, claiming that ultimately, he had no authority to make any decision over the sovereign wealth fund.

"It is a pretty known fact that all the approvals have to be approved by the minister of finance," he said, in reference to Najib.

Najib was sentenced to 12 years' jail and fined RM210mil in July this year for a case involving SRC International, a 1MDB subsidiary.

Najib, who is currently out on bail while awaiting the outcome of his appeal, is also facing multiple other charges in relation to 1MDB.

Low also claimed in the recording that Najib received a donation from the late King Abdullah of Saudi Arabia, but it was only a small portion that ended up in Najib's personal bank account.

Low, who is from Penang, also claimed that Najib's son, Ashman, barraged him with text messages, including one which told him not to trust anyone from "the other side" and that a deal would be proposed but it was a "trick".

Low also absolved himself from any wrongdoing over the scandal.

"I don't believe there's any wrongdoing. All these ultimately, were loans – directly or indirectly.

"But ultimately, I think the time has come – we want to assist in repatriating these assets back in return for cooperating and moving on with life without, you know, being prosecuted," he said.

He also claimed that it was a very difficult and stressful situation for him.

The Al Jazeera report also said that Low was still able to travel despite Interpol’s red notices on him, supposedly flying from Bangkok to Dubai in a jet in November 2019, stopping for three days in Ahmedabad, India along the way. 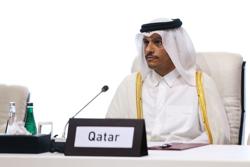 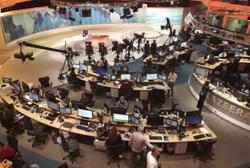