"As many as four doses will be administered to each child, at the two months, three months, five months and 18 months stages.

However, parents are still required to send their child for observation at those ages, as stated in their child's health and immunisation record book, he said.

He added that the new schedule would involve fewer injections throughout the vaccination schedule, from seven previously to five.

"With this reduction, it is easier for parents to ensure their children are given the vaccination injections according to the set immunisation schedule," he said.

The Health DG also assured the vaccines given are safe.

"Observations from the WHO showed that up till Oct 20,49 countries have changed to the DTaP-IPV-HepB-Hib six-series vaccine in their respective national immunisation programmes.

"While it has been used at private medical facilities since 2013 in Malaysia and has been proven to be safe, this will be new under the National Immunisation Program at Health Ministry facilities.

"As such the ministry will observe AEFI (adverse events following immunisation) on every child after each dosage.

"Parents should report any adverse effects experienced by their child to medical officers after each injection by returning the reporting form, even if the effect is minor such as a red spot at where the injection was made," he said.

He also said that parents can report the matter directly to the National Pharmaceutical Regulatory Agency via npra.gov.my. 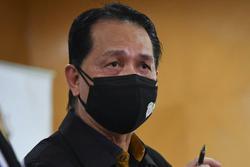 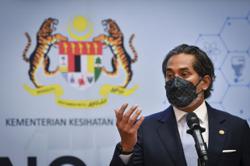