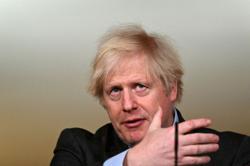 JOHOR BARU: The closure of the border between Malaysia and Singapore has caused a shortage of manpower among businesses in the island republic that were depending heavily on Malaysian workers.

Shelley Kan, 33, a Singaporean who runs a confinement nanny agency, said she had lost about 30% of her workforce since the closure of the border in March.

“The number of workers who returned to Malaysia has been going up. While some left when the border closed in March, others left in the months after that.

“Some of them had to attend to family matters. Others were feeling homesick as they had not seen their families for close to a year, ” she said when contacted.

At present, Kan said she had about 180 workers, most of them Malaysians.

“If the border remains closed, I believe my workforce will shrink further and I may have to significantly scale down my operation, ” she said.

She estimated that it would take at least a year and a half to get her business back to pre-pandemic operating capacity.

“Even if there is a green bubble between the two countries that requires no stay-home-notice or quarantine, there will still be other procedures that we will have to go through such as Covid-19 tests.

“This will incur money and time for both employers and employees, ” Kan added.

Singaporean businessman K. Mohan, 42, who owns several retail shops, said most employers had reduced their operations to cope with the lack of manpower.

“I have been rescheduling and reducing operations for the past three months to cope.

“The situation was not as bad during the ‘circuit breaker’ period since we did not need that many workers at that time.

“It was only after the Covid-19 situation here improved and the economy was in full swing that we started feeling the problem, ” he said.