KUALA LUMPUR: The hearing for a 1Malaysia Development Bhd-linked forfeiture suit (1MDB) involving US$340.26mil (RM1.42bil) filed by the government against PetroSaudi International (PSI) and its subsidiary PetroSaudi Oil Services (PSOS-VZ) has been deferred to a later date.

High Court deputy registrar Mahyudin Mohmad Som told the press on Tuesday (Nov 10) that PSOS-VZ had written to the court to request an adjournment.

He said the request was made on grounds of the pandemic situation, as well as the parties requiring more time for settlement negotiations.

“The prosecution did not object, and the parties have confirmed that the interim order to freeze movement of the funds was still binding and effective,” Mahyudin said on Tuesday.

The hearing on the forfeiture suit was initially scheduled for today (Nov 10).

In light of the arising issues, the court allowed the deferment to a date yet to be confirmed.

Mahyudin said case management had been fixed for Dec 14.

On July 16, Justice Nazlan allowed the government’s application for an interim order to block oil services and production company PSI and its director Tarek Obaid from moving the funds in question to other entities until the disposal of the main forfeiture application.

The application sought to bar a total of the US$340,258,246.87 deposited in a client's account at law firm Clyde & Co LLP, as well as an unspecified amount of money deposited in an intermediate account name of Temple Fiduciary Services at Barclays Bank. 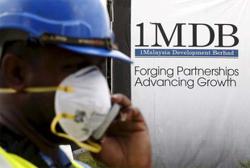