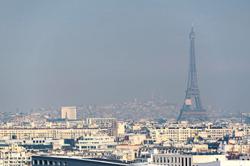 "The investigation papers were referred to the Selangor Prosecution director on Monday, and we were directed to charge the four under Section 25(1) of the Environment Quality Act 1974 for pollution of inland waters.

"The four are also expected to be charged with hiring foreign workers without valid permits under Section 55E of the Immigration Act 1959/63," he said.

He said eight foreign workers would also be charged under Section 39(b) of the Immigration Act 1959/63 for violating terms of their work permits.

"They are all expected to be charged at the Selayang Court Complex today," he said.

It was reported that 11 people were arrested at a palm oil processing plant in connection with the water pollution detected at Sungai Kundang.

Among those arrested in the raid on Monday (Oct 26) were the factory's manager, two local men and eight foreign workers.

The week before that, Selangor environment, green technology, science, technology and innovation and consumer affairs committee chairman Hee Loy Sian said that the Selangor Water Management Authority (LUAS) received two complaints regarding water pollution incidents on Oct 22, that had potential to cause suspension of the state's water treatment plants.

Preliminary investigation by LUAS found that the odour pollution was from biodiesel, which resulted in more than 10 TONs (threshold odour number) found in Kundang Jaya Industrial area. 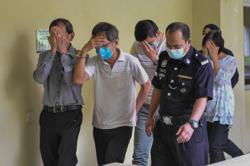