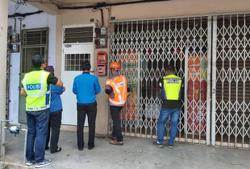 KUALA LUMPUR: Police have made a total of 21,515 arrests at illegal online gambling dens following a total of 12,526 raids and seizing a total of RM8.16mil under Ops Dadu between January until October this year, says Datuk Seri Hamzah Zainuddin (pic).

The Home Minister told the Dewan Rakyat that the police remain committed to fight illegal online gambling activities across the country, which have caused financial and social problems to the people.

Hamzah said that checks and raids have been conducted via Ops Dadu at illegal online gambling centres and action have been taken on the organisers, writers and buyers of these illegal activities under the Open Gambling House Act 1953.

Kesavan had asked to explain the government's strategic plan to stop illegal gambling among the public.

Hamzah said that aside from continous raids and operations, stern action has been taken against syndicates behind illegal gambling under the Prevention of Crime Act 1959 (Poca).

"Between Jan 1 and Oct 2020, a total of 428 individuals have been arrested under the Prevention of Crime Act (Poca)," he said.

He also noted that the Ministry had worked with the Malaysian Communications and Multimedia Commission to blocked illegal gambling websites.

"For this year alone, a total of 86 online gambling websites had been blocked," he said.

He also noted that the Home Ministry had cooperated with utility companies to cut their electrical and water supply at premises that had been identified in conducting such activities.

"We urged all parties to assist us in fighting the illegal gamling menace by submitting relevant information to the police," said Hamzah. 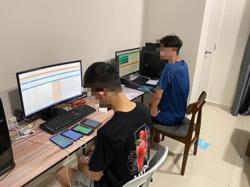