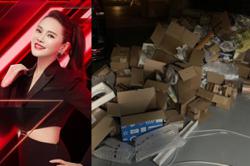 SIBU: The Sarawak and Sabah Shipowners Association is against the implementation of the Malaysia Shipping Notice (MSN) that was enforced in August this year.

The Marine Department of Malaysia had, on Aug 5,2020, issued the MSN, which prohibited existing single hulled, single bottom tankers under the Malaysia Flag from carrying oil irrespective of the age of the ship.

With the MSN, only double hulled, double bottom tankers are allowed for such work.

The rationale behind the new regulation was to prevent the spillage of oil into the sea and rivers should a collision involve a single hulled tanker.

Ling said the new regulation would affect 280 single hulled vessels in the state.

"About 99% of our oil tankers are single hulled and, with this new ruling, all of them will have to stop carrying petrol and diesel to their respective users with immediate effect.

"With a distruption in the supply of fuel, all industries will have to stop operations," he said.

"All of our vessels are travelling along the rivers only. The most

pertinent ones being the Rajang and Baram Rivers. Most of these rivers are shallow, especially during dry season, so it is not appropriate to use the larger double hulled vessels to transport diesel fuel," he said.

Besides that, he said the vessels were only carrying petrol and diesel and not heavy grade oil, which when spilled into the water is hard to clean up.

"The director of the Marine Deparment Sarawak has the power to make a decision whether to follow the MSN or not. Furthermore, all of our vessels are under 60 tonnes, which do not fall under the MSN. Our vessels are also in good condition despite some of them being more than 25 years old," he said. 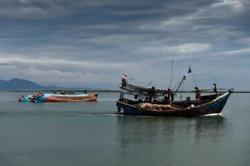 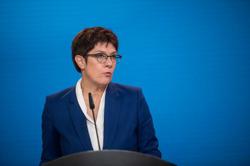