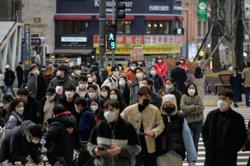 GEORGE TOWN: They are as old as the hills but their offering of char kuey teow or asam laksa have not fallen out of favour with the foodies.

But these classic Penang coffee shops face the threat of the coronavirus.

“We hardly have customers from other states or overseas now, ” said Ben Lim, 43, who owns Seng Thor Coffee Shop in Carnarvon Street within the heritage enclave.

Ben’s grandfather started this coffee shop in the 1940s.

“For now, we focus on our local regular customers who come on a daily basis, ” he said.

Ben estimates that business had dropped by 90% in the first three months of the MCO.

During the strictest phase of the MCO, Ben said one of his “star attractions”, a char kuey teow hawker of seven years, closed for good because “it was just not worth carrying on anymore”.

“Thankfully, business picked up by 30% during the recovery MCO, ” he said.

Several hawkers who rented space in his coffee shop had to close recently because of the slow business.

“We used to have 25 tables. Now we can only put out 13 tables to ensure physical distancing, ” he said.

Now that the conditional movement control order (MCO) in Selangor, Kuala Lumpur and Putrajaya had been extended until Nov 9, the coffee shops here are expecting tough times with fewer patrons.

“Our customers are mostly locals now.

“Some of them are of the older generation.

“They are not tech savvy and they don’t want to follow the SOP (standard operating procedures).

“They are stubborn and don’t want to scan the MySejahtera QR code or register themselves, ” she said.

However, she said that she would insist on them doing so for contact tracing.

Her father started the coffee shop over 60 years ago.

Cynthia said she and her staff would diligently sanitise the tables and chairs, especially since more clusters had emerged in the state.

She said business had dropped by more than 50% since the MCO was implemented in March.

“Our business picked up a little in the past two months when interstate travel was allowed.

“But after the conditional MCO in Kuala Lumpur, Selangor and Putrajaya, the number of tourists dropped tremendously.”

Recalling the pre-pandemic days, she said it was always full house especially on weekends with customers having to line up to get a seat.

“We had customers from as far as Singapore and Indonesia back then, ” she said yesterday.

Back then, the coffee shop would have more than 20 tables.

“These days, we only have 15 tables with two customers per table, ” she said. 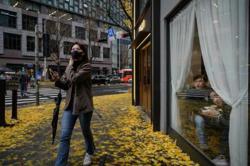