MIRI: The four crew members who went missing after their ship sank in the South China Sea offshore of Miri in northern Sarawak early on Tuesday morning (Oct 27) have been found safe.

Earlier in the morning, the Dayang Topaz with more than 100 crew members on board sunk in northern Sarawak after running into trouble.

A massive search-and-rescue operation was launched after distress signals from the ship were picked up.

Following that, the MMEA confirmed that 121 people had been rescued. 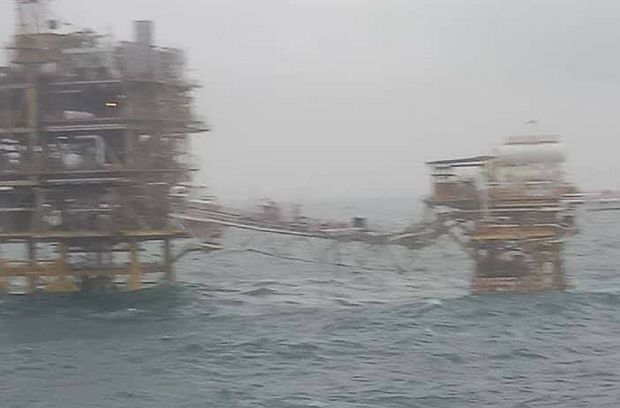 Oil platform where ship incident occured when a cable snapped after being hit by huge waves. - MMEA photo

It said the Maritime Rescue Coordination Centre in Putrajaya received a report on Dayang Topaz being in trouble from the crew of another ship named Sapura Construction.

"At 6.45am, Sapura Construction received distress signals from another ship Dayang Topaz about 7.7 nautical miles offshore Kuala Baram in Miri.

"MMEA sent our ships along with those from Petronas and Shell. They found 125 crew members had jumped into the sea from the sinking ship.

At the time, four crew members were still missing. 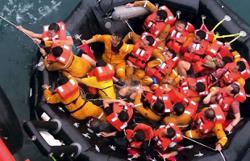 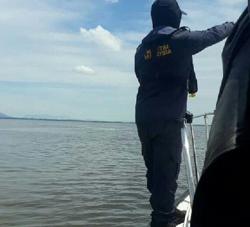