MELAKA: Former political allies-turned-nemesis locked horns over the issue of face mask to an extent that one of them lodged a police report.

Low accused Norhizam of violating the standard operating procedure (SOP) of not having a facemask on when visiting public areas during the recovery movement control order (MCO).

“We can't have a different set of laws for commoners and politicians and as a lawmaker, he (Norhizam) should show a good example.

Low said he had lodged the police report at Tengkera police station on Monday.

He also lodged a police report against a community leader from Bandar Hilir, for not wearing a face mask at a public area on Saturday (Oct 25) based on a picture he obtained from a news report.

Low and Norhizam were in the same Pakatan Harapan-led state government before Norhizam crossed-over to Perikatan Nasional when the administration changed in March following a political turmoil.

Norhizam, who was then the state Deputy DAP chairman, quit the party after citing that he was unhappy with his former party’s leadership before joining Parti Bersatu Pribumi, a few months ago.

When contacted, Norhizam who is also the Pengkalan Batu representative, said he is unfazed by the police report made against him.

“I took out the face mask to talk to a trader during the visit and not totally went around the site without covering part of my face, ” he said.

Norhizam said the picture clearly shows that he was alone with the trader while maintaining a distance when engaging in the conversation.

“It's Low’s choice if he wants to make a mountain out of a molehill based on the Facebook pictures and I am willing to face the consequences, ” he added. 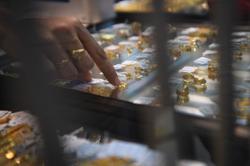