Liew showing a picture of a hand-written note asking her daughter to repay the money owed.

JOHOR BARU: A woman gave her personal details to an illegal moneylender via social media out of curiosity to see how such loans work but regretted it soon after. Lee Yook Moi, 40, learnt her lesson the hard way after her mother’s car and house in Taman Ehsan Jaya here were splashed with red paint, believed to be by a group of illegal moneylenders.

Lee, who works in Singapore, said her 62-year-old mother woke up at 5am on Thursday to a strong paint odour before discovering the damage.

There was also a handwritten note, which stated Lee’s name and identification card number, saying that she should repay the money that she owed them.

Lee claimed that she did not take up any loans recently, but had previously given her information to an illegal moneylender via Facebook.

“I came across a post advertising money-lending services last year and out of curiosity, clicked it and also gave them my name, MyKad number, Malaysia home address and bank account number.

“The moneylender then called me a few days later to tell me that I needed to pay back S$450 including interest. The car damaged in the paint splashing incident.

“I did so because I wanted to avoid prolonging the matter and did not give it much thought after that, ” she said when contacted yesterday.

Lee said she was surprised when an unknown person contacted her last Thursday, asking her to pay S$450 (RM1,376) which she owed.

“The person also gave me an option to pay S$1,500 (RM4,589) for them to remove my information from their database to avoid further harassment.

“I felt that he was blackmailing me so I lodged a police report in Singapore on Oct 19.

“The moneylenders kept contacting me using different Singapore and Malaysia telephone numbers to harass me and even threatened to set my house (in Malaysia) on fire if I refused to pay, ” she said.

Lee added that she did not expect that her act of curiosity would bring her and her family so much trouble.

Her mother Liew Sung Mooi pleaded to the perpetrators to stop the harassment as the house does not belong to her daughter.

“She is working in Singapore and seldom comes here, so even if she did owe Ah Long money, they should take it up with her personally.

“I am old and retired, I cannot stand being frightened and harassed like this, ” she said, adding that she made a police report here following the incident before going to the Pasir Gudang MCA for help.

Pasir Gudang MCA Public Complaints Bureau deputy chief Ang Tun Chek, who organised the press conference, said that illegal moneylenders are using social media to advertise their services, with some even including bank logos and name cards to convince the public.

“Social media users should be more alert and refrain from clicking on such advertisements or posts because once you do, the money lenders will start getting in touch with you to get your information, which will eventually lead to harassment and threats.

“Our bureau has received at least 10 similar cases so far this month, ” he said. 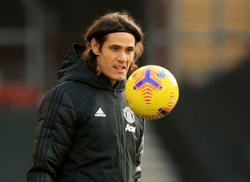